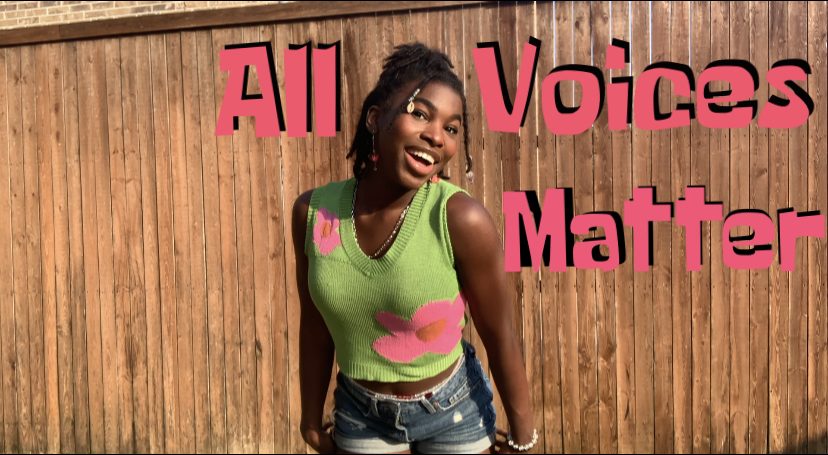 In her revival of the weekly column, All Voices Matter, staff reporter Sydney Bishop offers her take on various social and cultural issues.

Stereotypes are generalizations made about groups of people that may or may not have a bit of truth embedded within them and can have a range of effects on those whom they describe. In American society specifically, there are plenty of stereotypes continuing to negatively affect the Black community today, breeding all sorts of stigma. One of the main devices of white supremacy is the justification of discrimination against Black people by convincing people of harmful stereotypes.

Although some of the stereotypes we commonly reduce to satire are seemingly neutral in nature, such as the stereotype that all Black people are good at dancing and always season their food well, it is important to educate people on the harmful effects as well as grim antecedence of all generalizations.

A stereotype I often see poked fun at is that Black people can’t swim. It seems rather inoffensive when you remove the historical context of its creation, which is why we shouldn’t joke about this.

It was in the 1920’s and 30’s when public and private pools first began to trend, predominantly among the white middle to upper class. Seeing as though segregation was initiated during this time, cities made sure that the nicest and largest pools were exclusive to whites, while predominantly Black areas for the most part weren’t provided with a pool at all. Even if cities did build pools in Black neighborhoods, they would be drastically smaller in size, as well as indoor and virtually incomparable to the luxurious pools that attracted many white swimmers.

Even later in the 20th century, as segregation was being protested at the citizens’ level and slowly reaching redaction at the federal level, it was dangerous for Black people to swim in public pools for many racially charged reasons. When Black people would swim in outdoor pools built within their own proximity, or even at white only pools in objection to the discriminatory infrastructure, radical white citizens or hate mobs would pour harmful chemicals such as bleach or acid into the water. Many Black people would also be met with violence in response to them attending a white-only pool.

All of these factors are what led to Black avoidance of swimming pools, inevitably resulting in a widespread inability to swim among this demographic in America. This is the main reason it is important and highly encouraged that Black people and other POC negatively affected by segregation of swimming pools during the Jim Crow era and beyond stretch past this stereotype by seeking instruction for this basic life skill, despite the looming history.

I am a Black girl who grew up in predominantly white suburbs all of my life, so I’m used to being the butt of racially charged jokes and satire. When the lights were turned off in class I always braced myself for the typical overused jokes; “Smile Sydney! I can’t see you!” Whenever I was excited after getting my hair done, instead of receiving compliments, I was met with rapid assumptions that my hair wasn’t real from my peers.

These assumptions? Born from the stereotype that Black women simply can’t have what society labels as ‘good hair,’ and that it just has to be fake. If their assumptions are right and you do have extensions to your hair, then it’s shameful you can’t achieve the length of the style with your natural locks. Nevermind the fact that black women became pioneers in cosmetology, creating new flawless methods of weaving and crocheting alike, society will still impose negative stigma on a black woman with “fake” hair.

Even as I’ve advanced into high school, I see my non-Black counterparts with clip-ins and such but when they do it, it’s hair extensions. When we, Black women, do it, it’s a “weave”. The word weave has been spat at me dauntingly ever since I had begun putting my hair in protective styles. It’s always followed by a menacing chuckle, as if the extensions made to my hair made me a living caricature of the damaging image of Blackness my bullies had.

I find myself wondering, “what if my bullies knew that the braids in my hair with the ‘weave’ they so avidly made fun of were a style done by my African ancestors for generations?” What if they were educated about the culture surrounding my hair? Would they still mock me or laugh?

The passing off of detrimental racial stereotypes as “harmless jokes” or “satire” is an epidemic in today’s society that only upholds institutional racism. Many of the people who are making these jokes are uneducated on the deep historical roots they’re born from, which is dangerous. To joke about these generalizations is to joke about trauma, and to label said jokes as harmless satire, is the act of historical erasure.