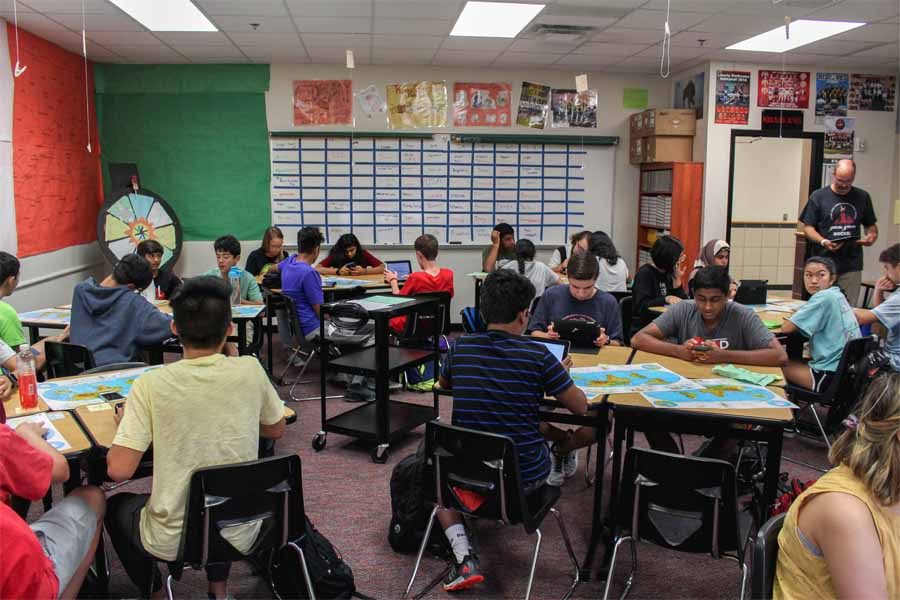 Frisco ISD is switching to a standards-based grading system. While the main purpose of this grading system is for student’s grades to represent what level of mastery they are at, for geometry teacher Kristen Tatum, this is a chance to provide learning opportunities for students.

The first 9 week grading period ends on Friday and with that, some teachers have been piloting a new grading system that allows students to retest to a 100 and tests can “waterfall” back to quiz grades, bringing quiz grades up.

“As a district we’re moving to standard’s base mindset,” principal Ashley Rainwater said. “We don’t just give a kid a quiz and if they pass it or fail we just say oh well and move on. We know those kids will not be prepared for the next level and they won’t be prepared for college unless we remediate, go back through, reassess, reassign, and differentiate the needs for each kid.”

While the main purpose of this grading system is for students’ grades to represent what level of mastery they are at, for geometry teacher Kristen Tatum, this is a chance to provide learning opportunities for students.

For students such as sophomore Ayush Awasthi, the new grading system rewards students that put the work in and try for a better grade.

“I basically have two tries to get a good score,” Awasthi said. “If I mess up on my quiz I can still make it up on my test and still have a good grade and it shows that I improved.”

However, freshman Riya Sharma believes that this grading system is helpful and makes grading seem a lot less stressful for her freshman year, especially for AP Human Geography.

“Considering that it is an AP course, there is almost something graded that happens every single class period,” she said. “You have to do a lot more work and you have to pay a lot more attention because we go at a fast pace. So, I like the grading system a lot because last year we could test up to an 85 and that was really annoying because it would keep it at a B so the fact that we can retest up to an A is very helpful.”