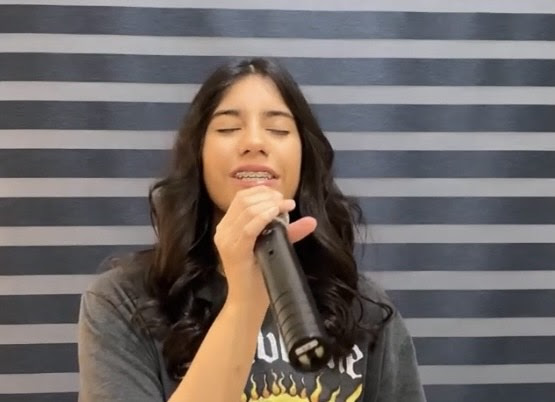 With only 50 spots to fill per voice part, 21 Redhawk choir students secured a spot in the 2021 TMEA All-Region choir. Out of these 21, nine students will be advancing in the next round, while moving up the ladder towards All-State.

Beating hundreds of other high school choir singers in the area, 21 Redhawks placed in the TMEA All-Region Choir Saturday, with nine advancing to Pre-Area choir auditions.

“It’s really exciting, especially on the heels of last year where even if kids made the choir they weren’t able to participate in it last year,” choir director Toni Ugolini said. “To have so many kids interested in this and being in it, I think will be a really great experience for them.”

The number of Redhawks placed in the All-Region has tripled from last year, when the audition process was virtual due to COVID-19 mitigation efforts.

“There [were] certain parts of the virtual audition process that I like, knowing that you are putting your best foot forward and knowing that if you make one mistake you can record over, but I really think that going in-person makes it more authentic and gives it a bit more gravitas,” Ugolini said. “I think a lot of [the rise in students making region] has to do with them being excited after not being able to do it for a year.”

However, the audition and preparation process is still not finished for nine Redhawks who have qualified for Pre-Area auditions. These students will compete against thousands of other high schoolers across Texas for a spot on the All-State Choir.

“The pre-area music is a huge jump in difficulty,” Ugolini said. “The region music was difficult, but this is another level, so students are going to have to work really hard and truly dive into the music to be successful.”

Senior Jane Wester was among one of the nine students to make it to the next round of auditions, something she’s looking forward to.

“I feel really excited because last time I did it was two years ago and I didn’t advance this far, so I’m looking forward to the parts of the process I haven’t done before,” Wester said. “It’s exciting because now that the top 15 our region have advanced to pre-area, we learn completely different songs so we get to show new skills instead of using the same stuff we have been.”

Also advancing is senior Liam Piper, who is looking for the benefits making an all-state choir would come with.

“All-State choir is a fun choir to be in but it’s also a great opportunity to compete against other singers,” Piper said. “It’s also a great thing to have for college applications and scholarships.”