The cost of inflation 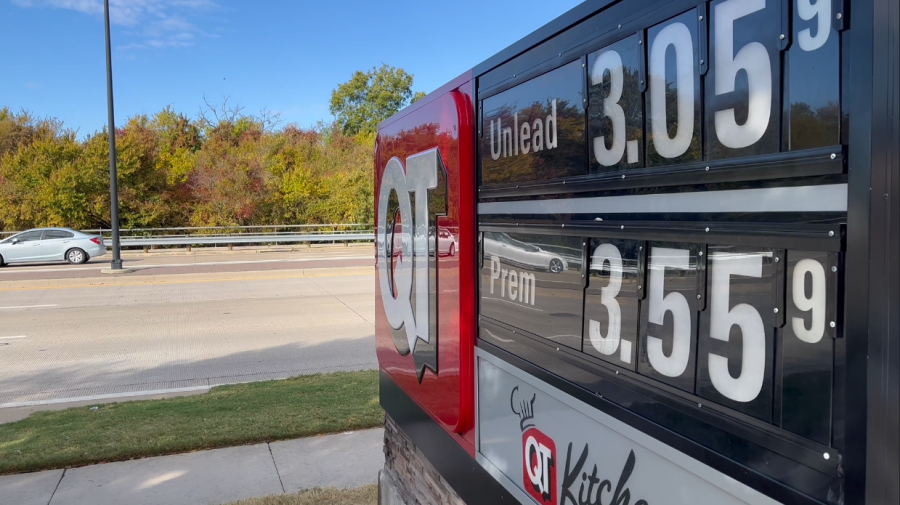 From filling up your gas tank, to buying groceries at the store everything seems to be a little bit more expensive these days. But it's not just a simple matter of things costing more. There's a reason for these price increases.

Those two words are sending shockwaves to everyone’s bank account.

But it’s not just the prices at the pump that are going up.

From Walmart to Target…..

From produce to clothes…..

Almost everything is more expensive now than one year ago.

At its most basic level inflation measures the rate of increase in prices.

So, that thing you bought for 100 dollars last year, is 6 dollars more expensive this year.

For students it might not be as noticeable as it is to their parents, unless they have their own job.

“I think to students, directly for themselves, they might not understand it because they haven’t really got to be independent as much yet, they’re still in high school under their parents,” economics teacher Scott Li said. “However, I think, once they start having their own jobs, and they start working, and they start living on their own they realize that with inflation, my dollar doesn’t buy as much stuff anymore.”

One place many students 16 and older can feel the pain is at the gas station.

“Going to the gas stations has obviously changed. I used to pay $20 for a tank of 93, but obviously, now it’s going to be $35, or almost $40 now. I personally don’t like paying more for something that was cheaper once before,” Chandra said. “As an econ student, seeing what we’ve learned in the classroom in real life is actually pretty cool. Gas, for instance, having a deficit and seeing its impacts on the economy and its overall price level is pretty interesting.”