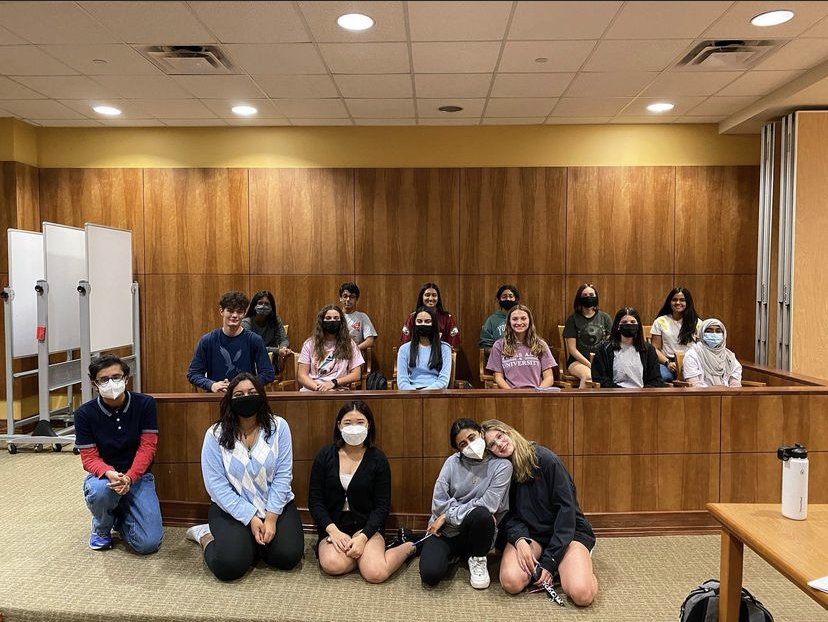 CTE Mock Trial has been preparing for the first round of their regional competition this Friday and Saturday. This first weekend determines how far the team will go in the competition.

The witnesses are prepped. The plaintiff is ready, and so is the defense as the CTE Center Mock Trial team gets ready to compete virtually in their first rounds of the Texas High School Mock Trial Region 10 Competition this Friday and Saturday at the CTE Center.

Once the team gets the case, they begin to plan out their arguments for each side and assign roles to the team’s attorneys and witnesses. Memorial High School junior Jackson Price is a witness this year, and has spent much of the past six months preparing to compete.

“The case packet has fact statements for six witnesses, three for plaintiff and three for defense,” Price said. “The first few months are used to decide who will compete and to figure out our arguments and theories; after that we just practice.”

For some, such as Centennial High School senior Prisha Mehta, this year’s competition is not their first.

“This is my second year as an attorney with the CTE Center,” Mehta said. “Before I tried out for CTE in my junior year, I was an attorney on the Centennial team.”

This year is not only Mehta’s second year on the CTE team, but it is also her second year competing virtually.

“It was actually just announced that we are doing a virtual format again this year,” Mehta said. “I was really looking forward to going back to the courtroom because being in the courthouse is a lot more fun than staring at a computer screen. Nevertheless, I definitely think they made a smart call making it virtual, considering the COVID situation.”

“Whether or not we make it to the next weekend of competition and then state depends on how well we do now,” Manikandan said. “It can definitely be a lot of pressure, but we’ve worked really hard and I hope it pays off.”

Many on the team will get the chance to compete again next year but for seniors, such as Mehta, this is their last shot in high school mock trial.

“This is my last year of high school mock trial, so I really want to have as much fun as possible and close the season on a high note,” Mehta said. “I’m hoping to head to state again and hopefully place higher than we did last year.”