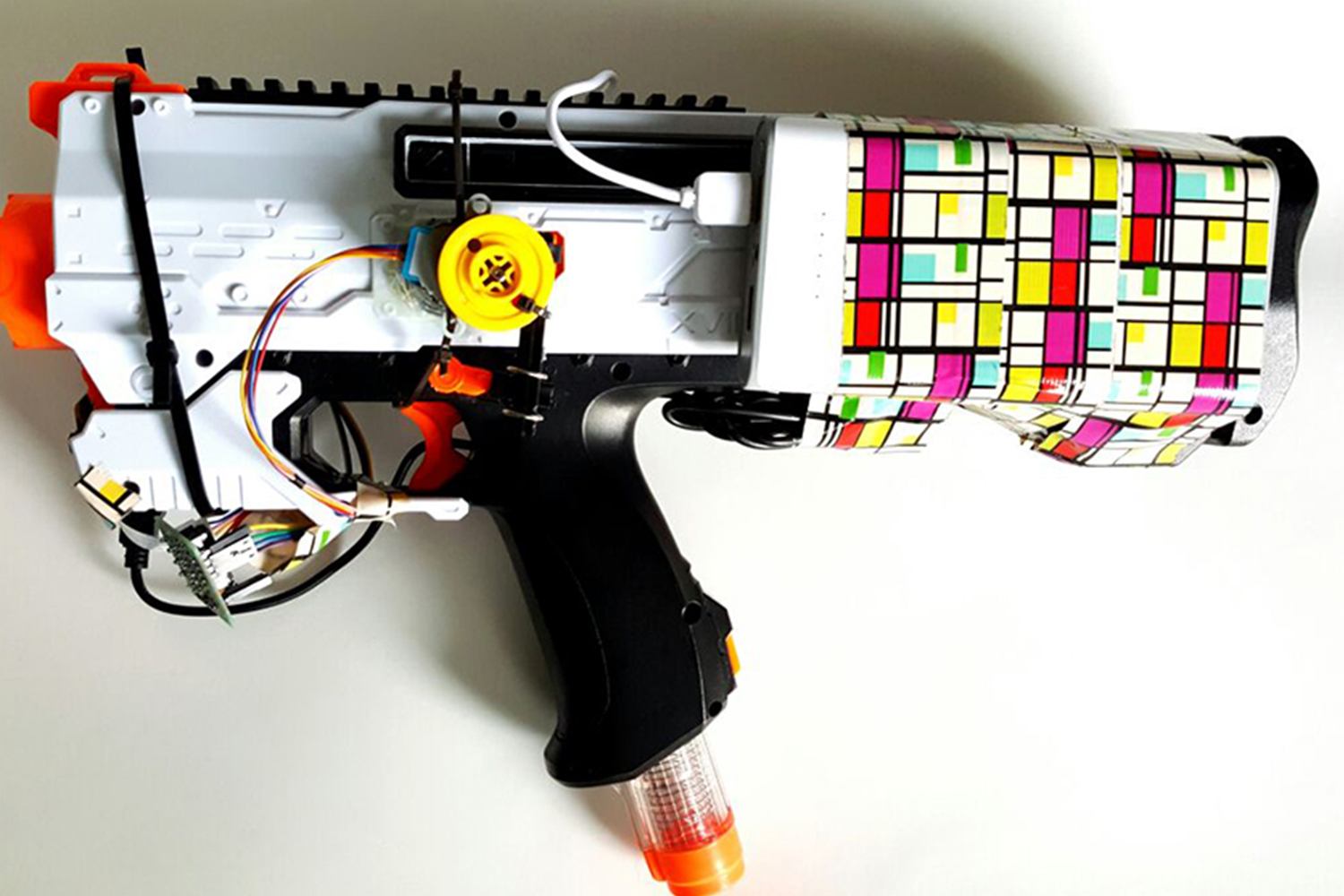 The SecureGun prototype includes GPS technology, geofencing, artificial intelligence, and a video camera, which could limit or even prevent mass shootings. The gun has to ability to make decisions and unlock a gun in 500 milliseconds. The team hopes the gun’s ability to think for itself will prevent future mass shootings. (Provided by Amina Syeda)

The SecureGun prototype includes GPS technology, geofencing, artificial intelligence, and a video camera, which could limit or even prevent mass shootings. The gun has to ability to make decisions and unlock a gun in 500 milliseconds. The team hopes the gun’s ability to think for itself will prevent future mass shootings.

Senior Amina Syeda, along with 9 other students from Plano and Frisco ISD high schools students created SecureGun, which could limit or even prevent mass shootings. 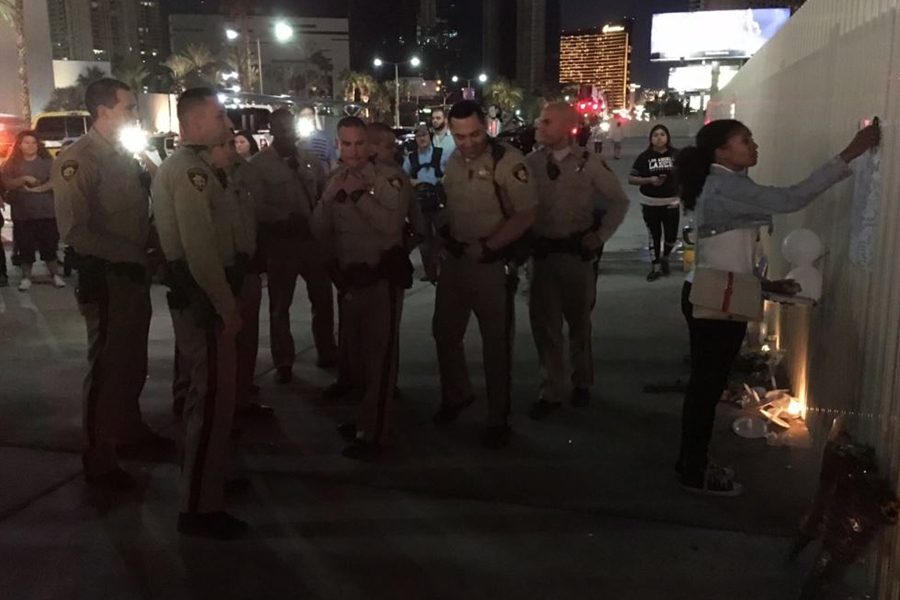 Law enforcement officers from the Las Vegas area look on as a woman writes a note on a fence near the site of the mass shooting that took place on Oct. 1, 2017. The shooting left 58 dead and injured hundreds more making it the deadliest mass shooting in the history of the United States.

From the nation’s worst mass shooting arose an inspiration that if successful, could reduce gun violence in America.

Senior Amina Syeda, along with 9 other students from Plano and Frisco ISD high schools students created SecureGun, a smart gun prototype, equipped with GPS technology, geofencing, artificial intelligence, and a video camera, which could limit or even prevent mass shootings.

Originally, the students set out to make something completely different, but then the Las Vegas shooting that killed 58 and wounded more than 400 happened, and the group decided to switch directions.

“The team and I were originally planning on creating and developing a new and improved exhaust pipe for cars that would break down carbon dioxide molecules in order to combat the excess amount of CO2 in the air,” Syeda said. “However, that idea was completely disregarded on October 1st 2017, the day of the Las Vegas mass shooting. With the occurrence of the Las Vegas shooting we all came to a consensus and decided to tackle a problem that is plaguing the United States which can be easily solved by a somewhat non biased solution.”

For the months following the shooting, the students thought about a solution that would satisfy both the left and right sides of the political spectrum.

“We witnessed student gun reform activists rise up, and we saw the resistance they faced,” Plano West junior Areeba Qazi said via text. ‘We thought about what a non-political solution to this grave problem would look like, so we considered the implementation of technology to the gun itself.”

The 10 Frisco ISD and Plano ISD students originally were planning on creating a new exhaust pipe for cars that would break down carbon dioxide molecules to combat the excess amount of CO2 in the air. “However, that idea was completely disregarded on October 1, 2017, the day of the Las Vegas mass shooting. With the occurrence of the Las Vegas shooting we all came to a consensus and decided to tackle a problem that is plaguing the United States which can be easily solved by a somewhat non biased solution.”

From planning to prototype

Over the span of many months, the ten students worked together to meet and decide which route they should take in order to achieve what they wanted.

“The process was extremely difficult to say the least,” Syeda said. “Our first step was to the problem which was: the large influx of mass shooting in the United States. The next few steps were to see, how can we create a solution that won’t anger the right and or the left side of the political climate. We came to the conclusion that science will be the best route to take, thus we decided to create the SecureGun.”

The gun is designed to safely be used in public places by utilizing GPS technology and geofences to ensure the gun is armed only when it is needed.

“Over the course of nearly a year we continued working on the actual elements of the semi automatic rifle,” Syeda said. “The SecureGun is a smart semi automatic rifle that can see and know where it’s shooting at. It has a camera on the front that detects what exactly the gun is pointed at – a human, a crowd, a target, or an animal – and there’s a GPS that would differentiate between a gun free zone, a hunting ground or a shooting range with the use of geofences. We also have a GSM module that would alert the authorities if the gun was to be tampered with and lastly there’s a motor that would lock and unlock the gun depending on where the gun is and what it’s shooting at. The motor will either allow the gun to shoot a bullet per 20 seconds or allow it to shoot at whichever rate the gun was originally set to. The next step was to create a prototype, to see if the gun can actually work, and fortunately it does, so far we have the camera and the GPS working.”

To implement artificial intelligence technology, the team had to go through many different prototypes.

“We had to feed thousands of photos of humans and animals to make sure the gun could accurately distinguish between humans and animals,” Qazi said. “We had to implement a camera, GPS, and GSM to account for all the different situations in which a shooter could attempt a mass shooting.”

The students were mentored by the founder of DiscoverSTEM, Mirza Faizan. The process was filled with obstacles, but the students eventually succeeded in creating a prototype.

“There were some challenges in collaborations,” Faizan said. “When you work with different members with diverse backgrounds, that’s bound to happen. But sometimes, these challenges escalate very quickly unless fixed on time. Sometimes they were so preoccupied that proceeding with the innovation became a challenge. But eventually we did it.”

A group of 10 Frisco and Plano ISD students went to the ‘Conrad Spirit of Innovation Challenge 2018’ where their SecureGun prototype placed 5th out of 45 entries. The SecureGun currently holds a patent pending status with the team currently working on improvements.

Now, Syeda and her team are working to improve the device in hopes of having the device be implemented into society in the future.

“The team and I are currently working on further developing the GSM module so that we can maximize security and eliminate as many chances of a mass shooting as possible,” Syeda said. “My hopes are to, obviously, showcase this product in the future and then either license the SecureGun to gun manufacturing company or make SecureGun into its very own company. I also hope to see tons of support for the people of this country and it’s government. But above all, the main goal is to save at least save one life with this product because no human should ever have to fear or witness a mass shooting.”

Faizan believes that future of the country depends on the youth being aware of gun safety and taking action.

“SecureGun was innovated as a result of out-of-the-box thinking of youths who’re disturbed by misuse of guns,” Faizan said via email. “This is their way to say – there could be an alternate solution to this madness, without taking anyone’s right to own a gun. I feel everyone should take a good look at this innovation. Think – What is the harm if you have a gun which locks itself in school zone? Nothing, right? But the benefit is that it provides great comforts to all parents out there who send their kids to school to study. When a gun violence occur, a bullet doesn’t ask if victim is a pro-gun or anti-gun. I am sure sooner or later this innovation will catch everyone’s attention who’re concerned about their kid’s safety while still wanting to have a right to own a gun.” 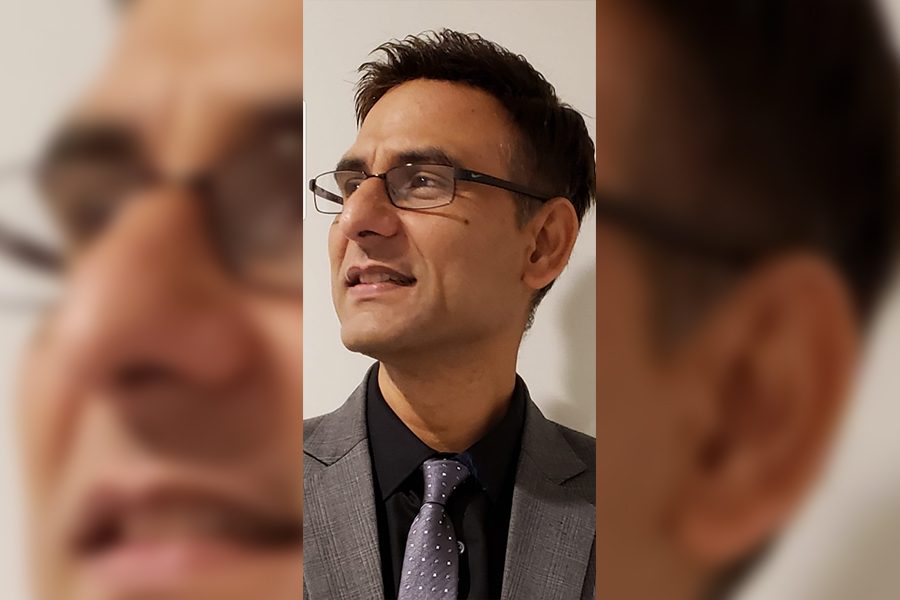 The students were mentored by the founder of DiscoverSTEM, Mirza Faizan, a globally recognized aerospace scientist born in India. “One of the best feeling a teacher can get is when his / her students do great,” Faizan said. “It was ecstatic. Although I am an aerospace scientist by profession, I teach middle and high school students for my love of teaching and innovation. “

Wingspan: What was the process like mentoring the students?

Faizan: “I mentor middle and high school students to identify a world’s problem and innovate patentable STEM solutions to these problem. Many times, it is tough to get a ten year old come up with an amazing idea, so I’ve devised a 16 module course titled ‘Lifecycle of Innovation’. In first eight modules, I train them on foundation needed to be an innovator. This includes modules like ‘How to think like an innovator’, ‘The logic of scientific discovery’, Brainstorming and Research techniques and how to divide a complex problem. The second part of the course focuses on implementing these learning in actual research, which starts with ‘Identification of a world problem’, ‘Identifying innovation opportunities to solve these problems’, ‘Ideating and proposing solutions’ and finally ‘Analyzing the proposed solutions for its technical and economical feasibility.’ This entire course runs for about 60 hours spread over 24 weeks.”

Wingspan: How did you feel when your students advanced?

Faizan: “One of the best feeling a teacher can get is when his / her students do great. It was ecstatic. Although I am an aerospace scientist by profession, I teach middle and high school students for my love of teaching and innovation. It’s always great when you do what you love to do and it bears great fruit. Every year many of my students become ‘NASA Scholar’, as I call them, those who participate in NASA Innovation Competition and win, and many gets into good universities with full ride. The calls, emails, texts from them and their parents makes me feel great. My students have landed into Harvard, Stanford, Duke and other top universities.”

Wingspan: What inspired you to help students to pursue their passions in the STEM field?

Faizan: “I am here in U.S. on what they call “Einstein Visa‘, a visa set aside for best of the best in their fields. I feel it is my duty to contribute back to this country. What could be better that nurturing the future of this country, the students. So this gives me utmost satisfaction.”

Wingspan: What were some of the best parts of mentoring the students?

Faizan: “One of the best part of mentoring the students is that I get to update my knowledge from them. Kids these days are extremely smart and I learn a lot from them. As an innovator myself, it’s always great to get various perspective to a problem and its possible solutions.”

In Case You Missed It 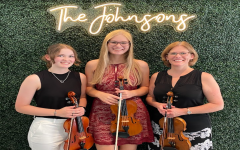 Home is where the music is 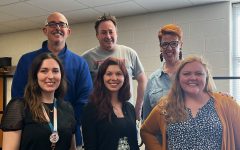 Teacher and student in the past, colleagues today 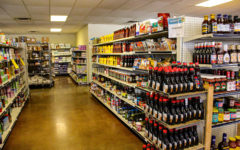 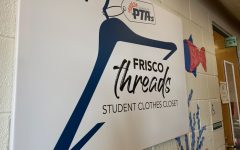 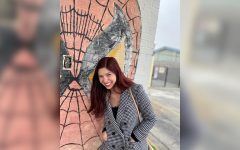 Graduation held on Saturday at the Ford Center 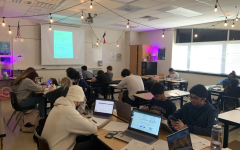 School ends year with half days 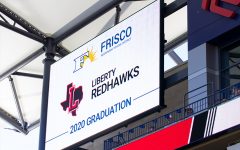 Graduation is being live streamed this weekend