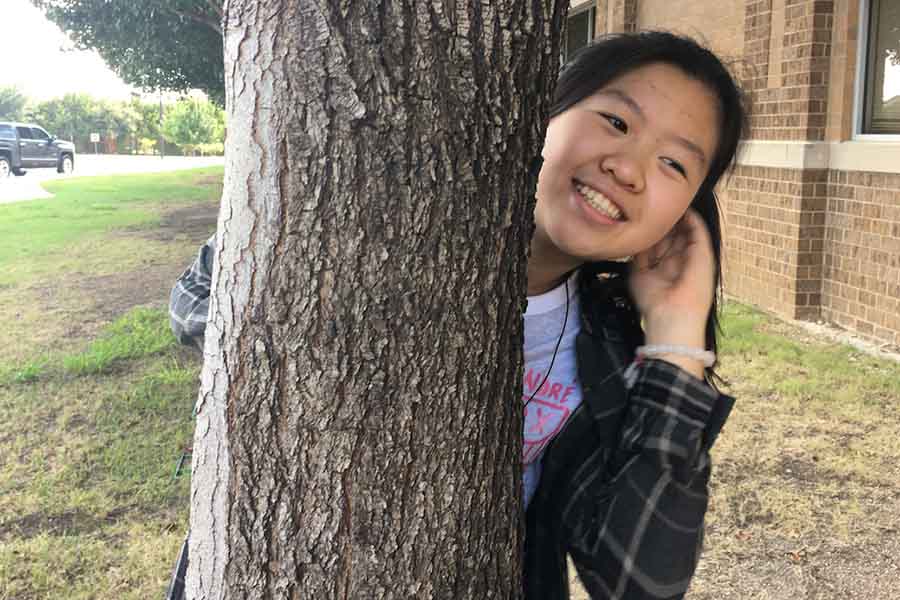 Leaving Liberty at the end of her junior year, editor-in-chief Megan Lin is pursuing her career in music by attending the Cleveland Institute of Music.

It’s the most glorious time of the year, when seniors bask in the glory of being freed from the chains of high school while underclassmen celebrate the long awaited summer break. And even though I’m a junior, I’m saying goodbye early, as I leave to start a new chapter in the epic that is called life. In the fall, I’m attending the Cleveland Institute of Music to get a head start on my music education while finishing my senior year of high school in a totally different state.

But all dramatics aside, it’s been a great journey, not just as a part of Wingspan, but also as a student here. I’ve discovered and learned a lot of things that now shape the way I see the world, others, and myself.

Wingspan has been one of my few greatest dedications, and it has rewarded me with beyond just a title. I’ve met great friends that I’ll miss terribly. Friends often come and go, but that’s sometimes not a bad thing. It just means that people’s paths diverge, and that we’re meant to meet different people. Relationships aren’t meant to last forever, but the memories associated with them are.

And as we’re surrounded by political turmoil, polarization of social media, and disagreement at every turn, I encourage those that I leave behind to listen more to others than yourself. Our conflicts and misunderstandings too often stem from isolating and locking ourselves in a bubble of our own thoughts. We can’t allow them to deny us of connections to each other, connections that can lessen the hostility we face every day.

And as we grow into adults, we have to take greater responsibility in a nation where “alternative facts” and “fake news” are now everyday terms. As American historian Deborah Lipstadt, now well-known in her fight against Holocaust denial, said in a TED Talk, “Truth is not relative”. We have the responsibility as a generation to be unapologetic in challenging “edgy” opinions. Our disagreements happen because we cannot even agree on what the facts are. Many things are debatable, but the facts are not. We have freedom of speech, but that freedom shouldn’t be abused to spread lies and falsehoods.

And lastly, I implore students, teachers, young and old alike, to never lose your compassion. We cannot function as a society as people, if we turn a blind eye to others’ battles, especially if they are so clearly begging for help. We may all look different, face different adversities, struggle in different ways, but we all bleed the same blood, and we share the same heart that keeps us all alive.

Every day is a new chance to expand our hearts and reach new heights. We have to help each other reach those heights, and enjoy the climb up along the way. I hope everyone will be lucky enough to gain those experiences as I have. I owe many debts to many people for the opportunities given to me, and I hope to repay them by living fully.