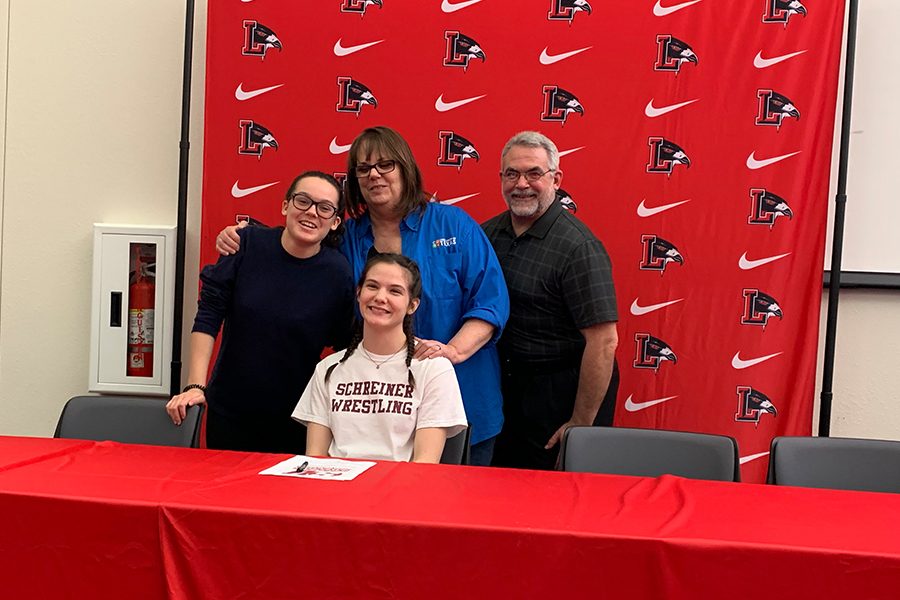 Wrestling athlete Jordan Johnston signed a National Letter of Intent to continue her athletic career at Schreiner University at a Signing Day Ceremony Wednesday in the library.

Wingspan: What school did you choose?

Wingspan: Why did you choose this school?

Johnston: “I really like the campus and the coaches and the team there, I felt like I just really fit in.”

Wingspan: What aspects appealed to you?

Johnston: “It’s a smaller school, and I would hate to go to a bigger school.”

Wingspan: What are you expecting from being a college athlete?

Wingspan: How long did it take to make this decision?

Wingspan: What other options were you contemplating?

Johnston: “I was contemplating going into music, because that’s what my parents wanted. I was also contemplating other schools, like Lyon, but I chose Schreiner, ultimately.”

Wingspan: How do you plan to prepare?

Johnston: “I’m going to be conditioning, lifting, wrestling over the summer and just practicing a lot as much as I possibly can.”