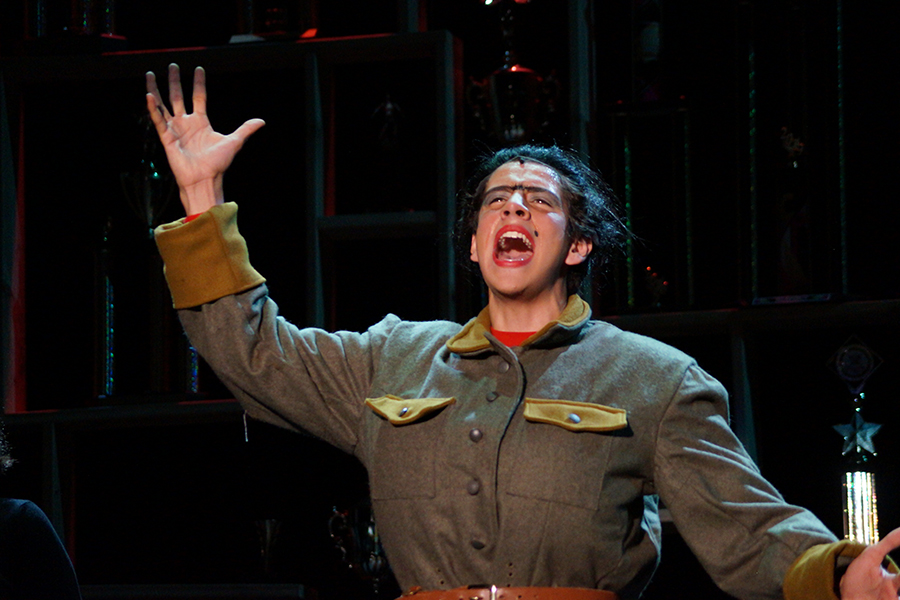 Wingspan: Do you prefer singing or acting?

Wingspan: What got you into acting?

Burk: “My love for film”

Wingspan: What is your favorite part of Matilda?

Burk: “The Smell of Rebellion. It’s a big musical number and it’s just kind of crazy and fun.”

Wingspan: Who is your character?

Burk: “I play Miss Trunchbull. She is the old headmistress at the school.”

Wingspan: Did you research your character?

Wingspan: How do you prepare yourself to play her?

Burk: “I think something that really helps is like the makeup and costume because it’s kind of different playing an old woman when you’re just wearing normal teenage clothes v. wearing a skirt and heals. So I think that can really get me into the character better.”

Wingspan: What is next for you after Matilda?

Burk: “What is next is the Diary of Anne Frank. I am playing Peter and that is a student directed show which will be in March.”