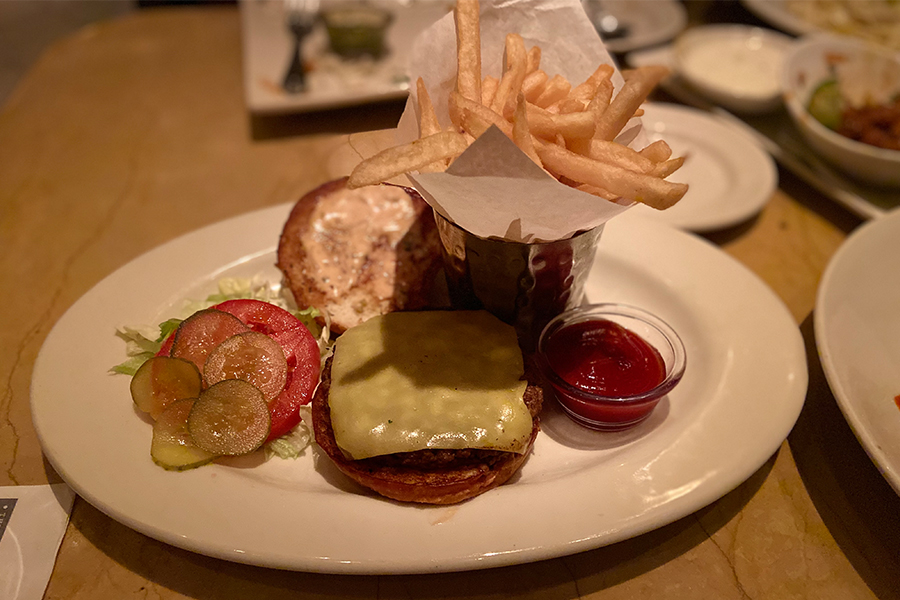 Recently one of my closest friends became pescetarian. So over the break I decided to go out with her and go to a restaurant the specializes in vegetarian food…but we ended up just going to Cheesecake Factory in Stonebriar Mall. Even though it isn’t a specialty restaurant, I still ordered food that’s vegetarian, which is actually something I’ve been wanting to order for a while but wasn’t motivated to until now, and that dish is an Impossible Burger.

It was a really good burger, If you were to replace a real burger with the impossible burger, I wouldn’t have suspected anything. It was moist and textured and flavored nicely, overall it was a really enjoyable burger.

Since I liked it a lot, I’ve decided to try more fake meat and who knows, maybe I’ll convert as well.