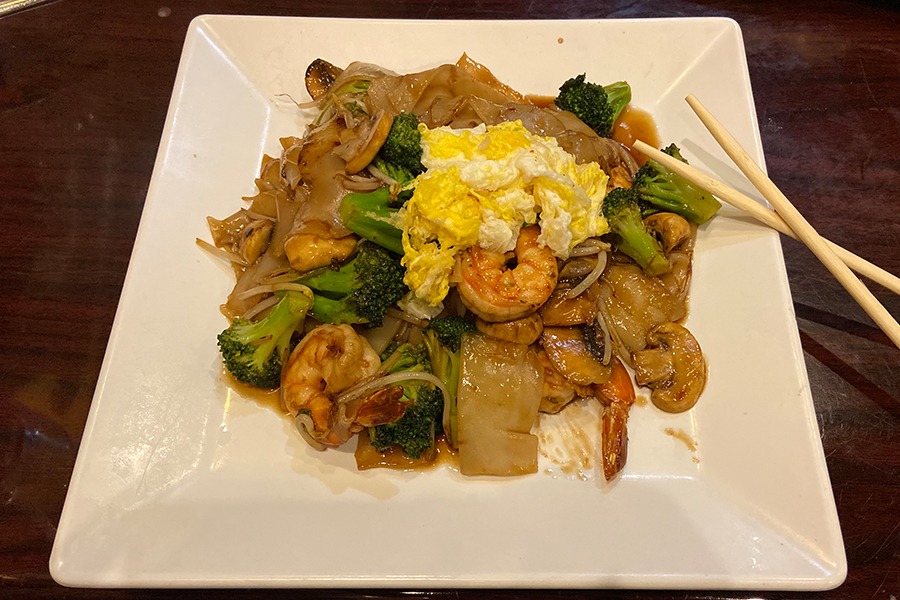 Best Thai lives up to its title

For this weeks’ culinary crusade, I went to Best Thai on Preston Village to try their popular dish, Pad See Ew which is a Chinese-influenced stir fried noodle dish.

Going into this, I somewhat expected not to really like it since the last Thai dish that I tried I didn’t enjoy. Fortunately, and surprisingly I was wrong, and really liked the Pad See Ew here.

The big flat noodles had this slimy texture that again, I surprisingly liked. And with the sweet soy sauce flavor and the addition of shrimp, this was one of the best dishes I’ve ever had.

The one complaint I have about this dish is the egg that was on top. I’m not a big fan of eating egg outside of the time breakfast is typically eaten so that was a bit of a disappointment, but I just moved the eggs aside and was able to enjoy my meal.

Another dish that is similar to Pad See Ew is Pad Kee Mow, but that will be for another day which means I will most definitely be going back to Best Thai.