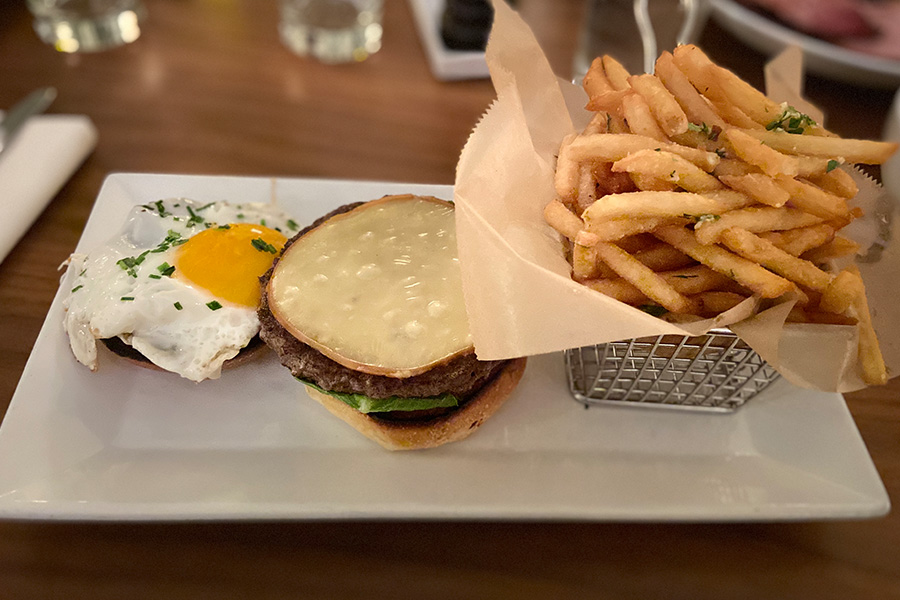 In this week’s Culinary Crusade, staff reporter Kanz Bitar shared her food experience at Hyatt Hotel in Dallas. Expecting an expensive and tasty meal, Bitar was let down by the burger and fries she ordered.

Having a bit of a staycation over winter break, we stayed at the Hyatt Hotel in Dallas, where I had the expectation of having an expensive meal, and imagined the food to be great. I was wrong.

The majority of the meals there were more than $20 and there wasn’t much of a variety of food options either. I ordered one of the cheapest things on the menu which turned out to be one of the best things in it. The other expensive stuff my family bought was either undercooked or overcooked, burnt or flavorless; an overall disappointment.

I decided to go with a safe option and ordered the Reunion Tower burger. I was excited and nervous to try it because it had a sunny side up egg on it. As I’ve mentioned other times, eggs aren’t my favorite thing when it’s eaten outside of breakfast, and especially sunny side up eggs, they aren’t my first choice. When I ordered the burger I didn’t realize it had an egg on it, so it was an unexpected surprise to see it, but I decided to go along with it.

The burger was so easy to eat. It was soft, flavorful and unexpectedly good. The egg flavor wasn’t prominent, but good at the same time, which was a bit of a surprise, I didn’t expect to like it. The fries that came with the burger were garlic flavored, which I regularly wouldn’t mind but I just didn’t like them here.

Lesson learned from this stop on my culinary journey: I need to stop judging people who like sunny side up eggs because they aren’t half bad. The burger was good, and I had a good time at the restaurant, but I’m probably never going to eat there again.