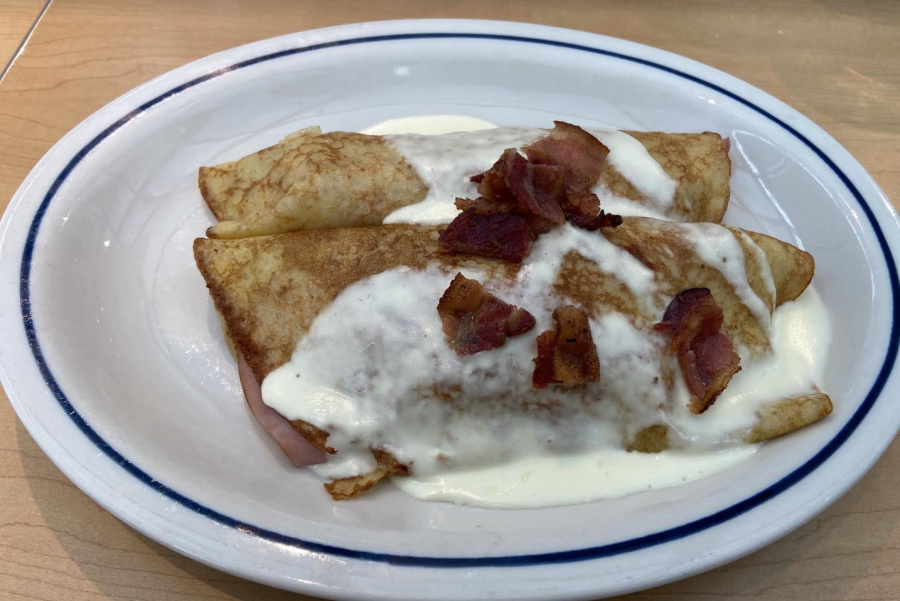 Going to restaurants on a weekly basis is the norm for me now, but never have I ever been to a restaurant for breakfast. So I decided to go to a well known breakfast restaurant, IHOP. I decided to order the breakfast crepes, because I love crepes, eggs, and bacon, so why not combine them?

The dish came with two crepes, and after eating half of the first one I was already full. But I pushed through and managed to eat a whole one. It was super filling but super tasty as well. The melted cheese on top really enhanced the dish.

I decided to pack the other crepe in a to-go box and take it home. I ended up eating it that night at 12 in the morning and let me just say: it tastes so much better eating it after it’s been reheated 14 hours after the initial purchase.

All in all, the crepe was so good, but like I said before, it was really filling so I don’t think I would get it again but I would want to try the other breakfast foods IHOP has to offer.