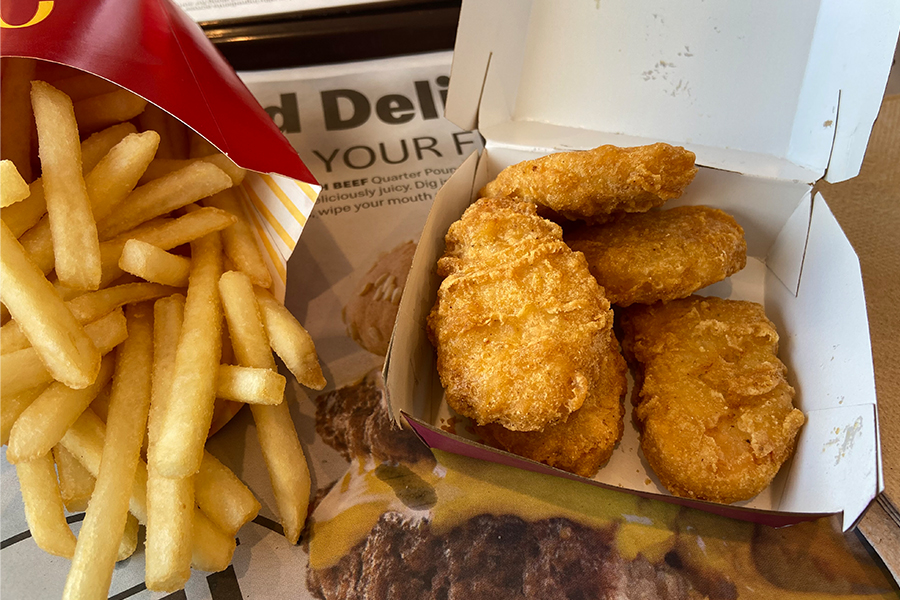 If I were to pick a fast food restaurant that everyone I know knows and have eaten at least once, it would be McDonalds. I don’t eat there often, but whenever I do I usually order french fries and ice cream. My friend recently found out that I’ve never tried their Chicken McNuggets and she was shocked cause they’re her favorite nuggets ever. She even likes them more than Chick-fil-A’s nuggets which seems controversial.

So this week I went to McDonald’s with her and ordered the 6-count nuggets. Surprisingly, I actually really liked them. I loved the crispy exterior and soft interior. The flavoring was good and I was full by the time I finished. I’m definitely going to eat them again.

I don’t know if I would say they’re better than the Chick-fil-A ones, but they come pretty close.