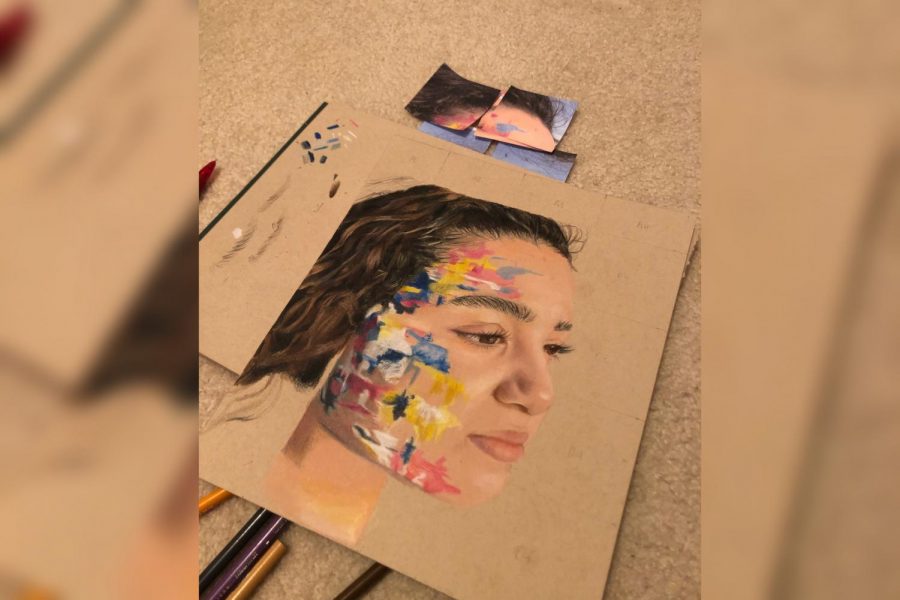 Wingspan: What is your favorite medium of art?

Lastovica: “My main thing is probably pencil, because I just really like doing stuff, like doing work with value. Probably like pencil and paper or colored pencil. I think I’m pretty good with colored pencils. I’ve kind of built the skill with that. But like, I’m not very comfortable in painting, but I would definitely say like paper.”

Wingspan: So when did you start?

Lastovica: “I mean, I’ve always liked art since, like, kindergarten, and I would say and I’ve taken art every single year since like, sixth grade.”

Wingspan: What do you think your favorite part has been for you?

Lastovica: “My favorite part has probably been working with the other people in my classes and just learning from them. Because I feel like that’s a big thing, like the skills that are picked up on are kind of like built off of other people and like, we just kind of help each other out and give each other tips. And I just really liked that whole entire atmosphere, I guess.”

Wingspan: How do you think that being involved with art has affected your life?

Lastovica: “It’s kind of given me like,I don’t know, I feel like everybody has their thing or like their group and I just kind of really relate to the people that do art, and are passionate about art. I like to build connections with people that way.”

Wingspan: What are some of the challenges you have faced as an artist?

Lastovica: “I’m definitely probably like, kind of like evaluating my own skill, and just like always constantly comparing it to others, which is kind of, it kind of sucks. But also, I think it makes people better artists, when you’re constantly trying to like, improve yourself, or like somebody else moving forward, you’re like, ‘Wow, that’s really good. I want to be that good.’ And this was kind of like self motivation, kind of thing.”

Wingspan: Do you have any goals going forward with art?

Lastovica: “Career wise? Probably no, but I think I’m gonna keep on taking art and see where that goes. And next year, I kind of want to get a state medal at VASE, which I didn’t do this year, but I think that’s definitely a big goal.”