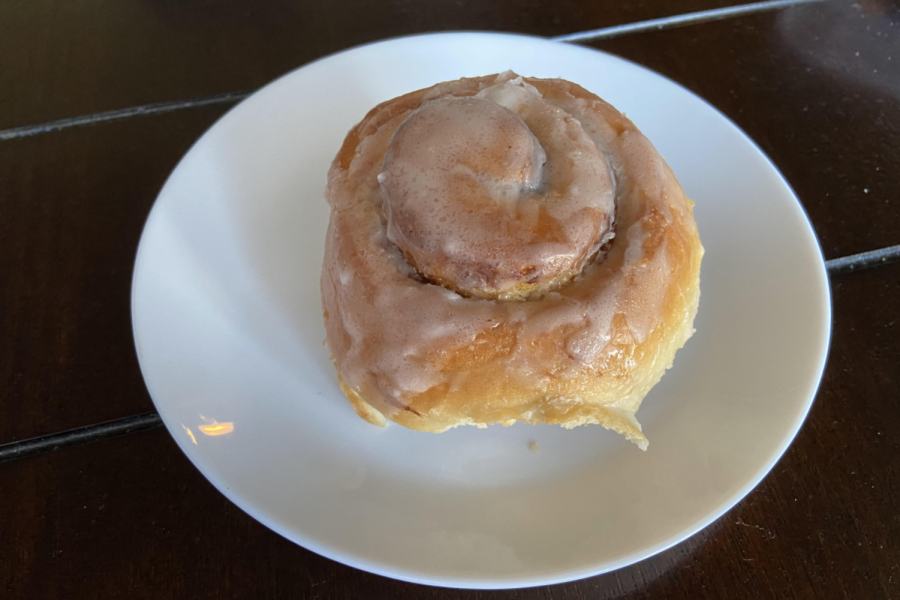 In this week’s culinary crusade, staff reporter Kanz Bitar challenged herself to baking homemade cinnamon rolls with her family.

I enjoy eating dessert, but there is one dessert in particular that I don’t eat often, and that is cinnamon rolls. A lot of people do really like it so I decided to make it homemade, hoping that I would like it more.

My sister really likes cinnamon rolls and the ones she usually makes at home comes from the recipe by Tasty.

This was my first time making cinnamon rolls and it was actually fun making them. The process of baking something is always memorable to me because my sisters and I usually have fun making things together. Aside from the process, I actually ended up really liking the cinnamon rolls.

They were really soft and easy to eat which is a big plus for me. Most of the time the reason for why I don’t like eating them is because they taste a little stale, but the ones I made were amazing.

I really liked the way I made these cinnamon rolls and I do want to try more recipes in the future.