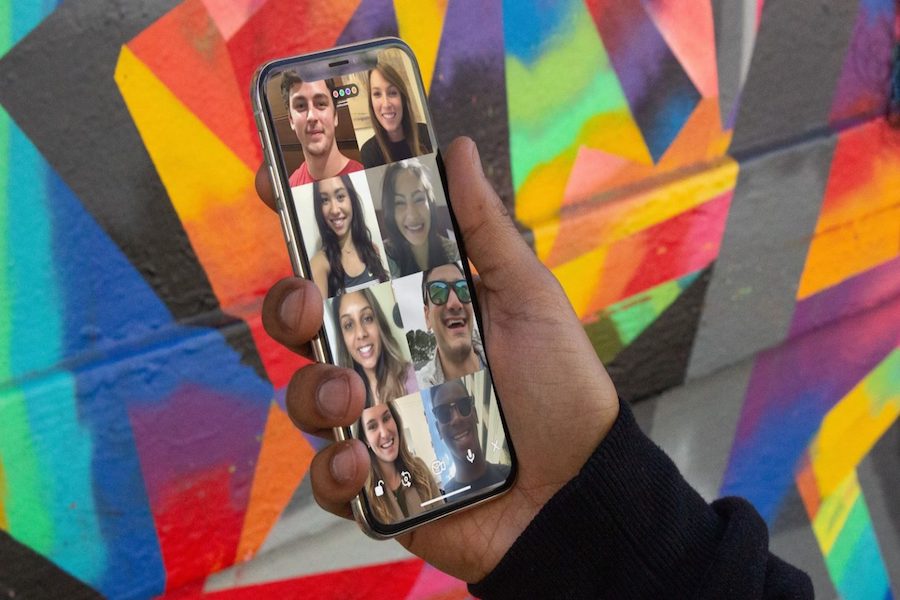 The popular FaceTime app Houseparty works on iPhone and Android. Each call can have up to 10 people, and its update introduced some additional interactive experiences such as new backgrounds and games to play while on the call.

When self isolating, you can’t see anyone; in person at least. That’s why many will turn to the popular FaceTime app Houseparty. It works on iPhone and Android, so Android users aren’t left out of the virtual discussion. Each call can have up to 10 people, and the app creates a very interactive experience amongst friends. Recently, it had an update that made the app a whole lot more fun.

To start, the app introduced a new feature called “Frames”. It’s basically a virtual background that features different places around the globe. The backdrops are drawn by independent artists from various places, with this round of art by Giordano Poloni. Poloni’s a freelance illustrator who is based in MIlan, and has a large portfolio of previous work. With a selection of nine backgrounds to choose from, it gives you places like the Golden Gate Bridge, the Giza Pyramids, and London, to name a few. The Frames create a nice alternative for those who don’t want to show their background on camera, and those who want to have a little bit of fun.

The app also has interactive games available to play with friends while facetiming, such as UNO and Heads Up. Recently a new game called “Pick Me” was added. The game gives you a question like “Who has the best podcasting voice?” Then you choose amongst your friends. I’m not too sure what the overall end goal of the game is supposed to be, nor how you win. However, it’s fun to discuss the different scenarios, and who is most likely to do each thing.

This update to House Party isn’t super huge, however it adds some nice things that make the experience better.