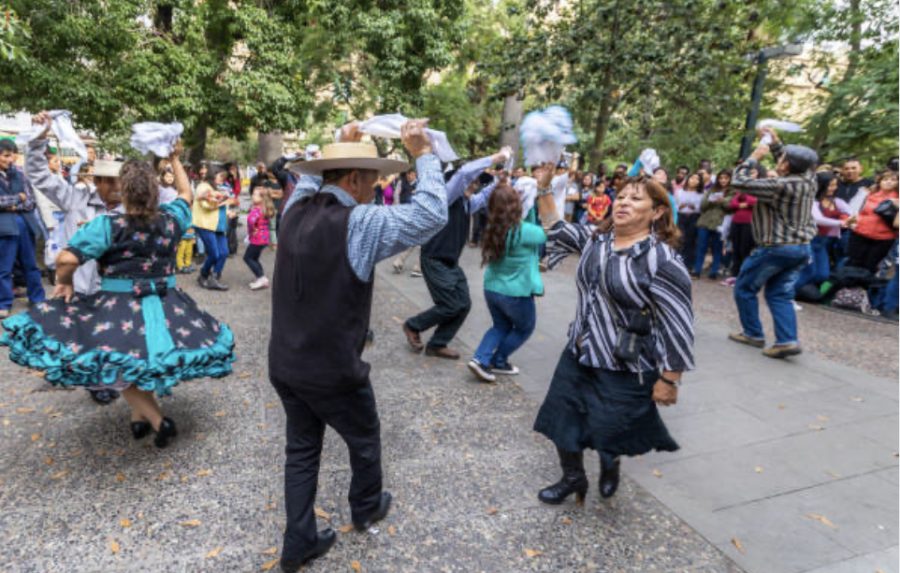 courtesy of istock by Getty Images

Once recognized as “National Hispanic Heritage Week” by President Lyndon B. Johnson, Hispanic Heritage Month finally made its debut as a national holiday during Ronald Reagan’s presidency in 1988. The month itself seeks to highlight the cultural contributions made by both Hispanic and Latino Americans. Through the eyes of two Hispanic staff members and one student on campus, Wingspan takes a look at what it means to be Hispanic in 2020.

Their heritage is more than a month

More than a percentage.

More than a statistic written on paper.

Their heritage reaches far beyond the confines of a population census.

Their story is more.

Although a national holiday, many gloss over the significance of Hispanic Heritage Month, failing to dive beneath the surface of its bigger picture. 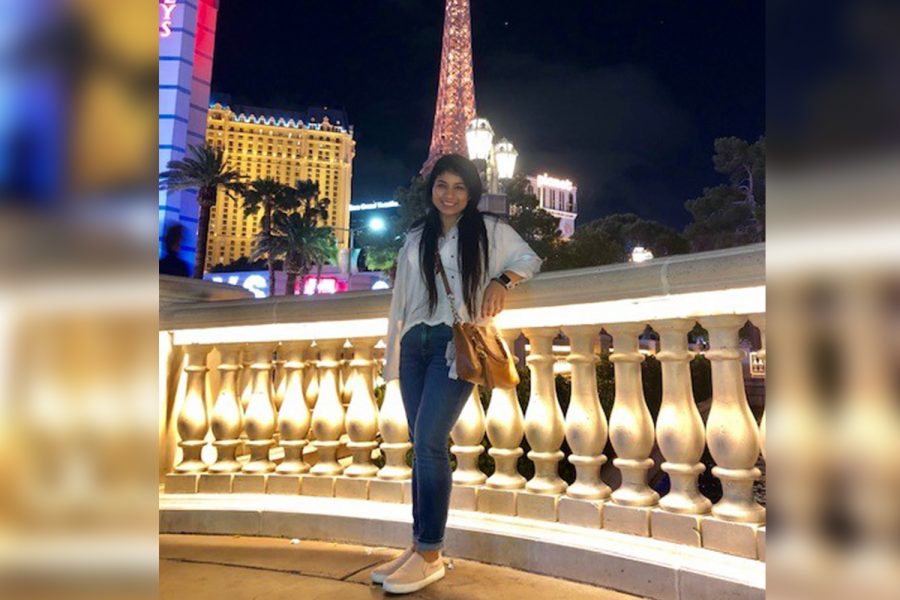 Born into Mexico to a mom from El Savador, math teacher Maria Delgado-Hernandez moved to the U.S. when she was 3. “The thing most people get frustrated over is being called Mexican if they’re not from Mexico. I mean, we’re not all from Mexico,” she said.

Growing up in Dallas: Maria Delgado-Hernandez

Having a mom from El Salvador and being raised in Mexico, at the age of three Algebra teacher Maria Delgado-Hernandez and her family made the transition into the United States. Surrounded by new faces, new languages, and a drastically different atmosphere, they were forced to adapt. Through and through, in the eyes of Delgado, it’s what ultimately shaped her family into what it is today.

“Honestly when we made the move that was when my memory was just starting to pick up,” Delgado-Hernandez said. “The Dallas area is a little different than here, to say the least. It wasn’t really a hard transition for me, [other than] I would have an accent and other people would make fun of that accent. My older siblings had more of a challenge. It was very difficult for them because they were called a lot of harsh names just because we came over here to better ourselves.”

Watching from the sidelines as her family was faced with such things was one of the hardest challenges for Delgado-Hernandez .

However, the opportunity to see the family grow stronger and persevere was a reward in itself. 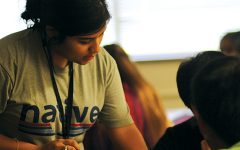 It’s just important to not generalize people. Just because they look like me doesn’t mean they’re from Mexico,”

“Some people are just mean and naive,” she said. “They’re not really thinking straight. [Yes] they remember some things that were very hurtful. Thankfully they were able to move out of the Dallas area, and we overcame those things. My brother is now an accountant, and my sister works at the courthouse.”

At the end of the day, she hopes that the conversations and stories sparked by Hispanic Heritage Month will help others understand the implications of what they’re really saying, and further tackle prejudice.

“The thing most people get frustrated over is being called Mexican if they’re not from Mexico. I mean, we’re not all from Mexico,” Delgado-Hernandez said. “It’s just important to not generalize people. Just because they look like me doesn’t mean they’re from Mexico.”

Delgado-Hernandez continues the tradition of speaking Spanish at home, and hopes if she has children later on, that they will keep their lineage alive as well.

“When I was younger, that’s all we would speak, Spanish at home,” she said. “Well my mom and dad encouraged us to speak English so much that now at home it’s like we talk more English than we do Spanish. Like my nieces and younger nephews, they’re actually having a hard time to understand and speak Spanish, which is kind of sad. I tell myself if I ever have any children to try and speak some more Spanish to them, especially at their younger age.”

Growing up in a Mexican household in the United States, senior Juan Pablo Trujillo gets to experience a blend of Mexican and American culture. Through his family, Trujillo has learned about his Mexican roots and heritage no matter the distance from Mexico.

“My mom comes from Mexico City and my dad comes from Zacatecas, Mexico,” Trujillo said. “Our culture is very familial- there’s a focus on family, celebration, and joy. Also there’s good food, my personal favorite meal is tacos al pastor.” 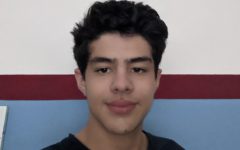 I like that I get to see different perspectives, habits, and environments whenever I visit them, and I think that is really what makes me who I am today.”

Trujillo’s normality includes two languages spoken at home and two countries to discuss and learn about.

“I have always experienced a mixture of American and Mexican life, though it mostly leaned towards the former,” Trujillo said. “I speak both Spanish and English at home, Spanish to my parents and English to my siblings, and we talk about topics and issues that concern both Mexico and the United States. And I enjoy having both these influences in my life.”

While he gets to experience some aspects of his culture from his home in Frisco, Trujillo enjoys going back to Mexico and living out his culture.

“Hispanic culture has shaped me primarily through the interactions with my family, who mostly live in Mexico,” Trujillo said. “I like that I get to see different perspectives, habits, and environments whenever I visit them, and I think that is really what makes me who I am today.” 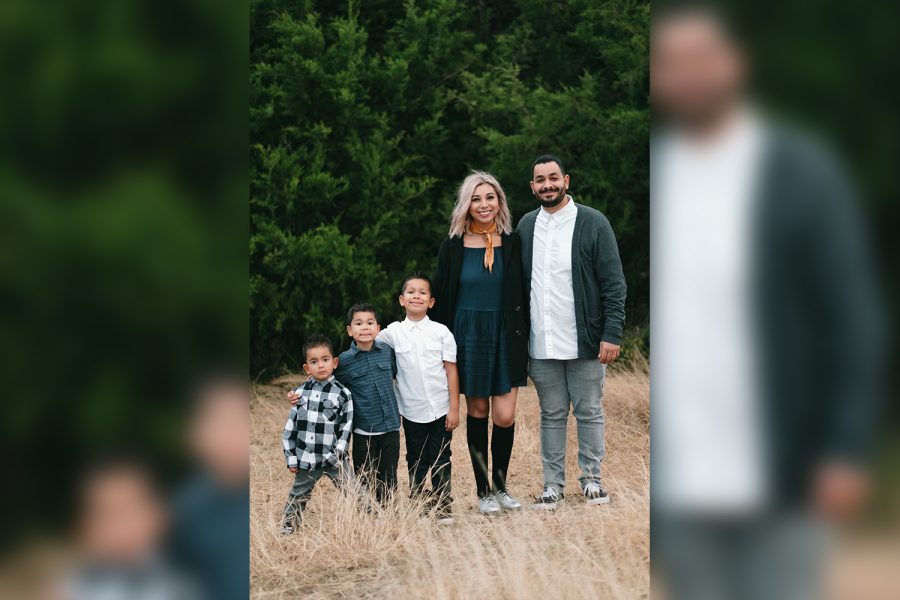 For art teacher Fred Rodriguez, his Hispanic heritage is something that influences him as a dad. With three children Nate (5), Noah (7), and Luke (8), Rodriguez and his wife Nancy incorporate their background into every day life. “My culture influences a lot of the ways I raise my kids. Hispanic culture is very family oriented, so we tend to have a lot of family events,” Rodriguez said. “We have a lot of friends that come over and become like family. In those ways my culture influenced just how my family and I interact with people in our community.”

Passing down culture to next generation: Fred Rodriguez

According to the United States Census Bureau,  Hispanic and Latino people can be “Cuban, Mexican, Puerto Rican, South or Central American, or [of] other Spanish cultures or origin.”

Prior to the 1970s, Spanish and Latin Americans were classified as European-Americans; it wasn’t until Congress passed a law mandating the terms “Americans of Spanish origin or descent” be used by the U.S. government during the collection and analysis of census data.

However, the terms Hispanic and Latino are not interchangeable: while Latino (also known as Latinx, a gender inclusive form of the term) refers to people within Latin America, Hispanic simply means the person is from a country whose primary language is Spanish.

With parents from Nicaragua, first-generation American art teacher Fred Rodriguez grew up immersed in Nicaraguan culture learned from his family.

Now with a family of his own, Rodriguez passes down his culture to new generations and shares his experiences in hopes of educating future generations.

“My culture has had a huge impact growing up,” Rodriguez said. “Both my parents are from Nicaragua, they migrated here to the U.S. to give me and my brother a better life so we weren’t born yet but they wanted to have kids and this is where they started.”

Familism is a trait often depicted in Hispanic cultures, where people are “oriented toward family well-being, rather than individual well-being.”

For Rodriguez this is particularly true, as he now teaches his second-generation children this important aspect of their culture.

Food is often an important asset of culture. For Rodriguez, it provides an opportunity to further understand his family roots.

“One way our family has kept our culture alive has been through food. To this day my mom and grandma still make authentic dishes from Nicaragua,” Rodriguez said. “Nicaraguan cuisine has so many different dishes, for example Nicaragua has tamales too but our Tamales are so different. We make our tamales in banana leaves, they are filled with masa, pork, rice, potatoes, olives, tomatoes and raisins. But as I have gotten older I’ve learned the importance of knowing where my family is from and the things they ate and did as kids.”

To this day, Rodriguez enjoys continuing to learn about his roots and heritage. 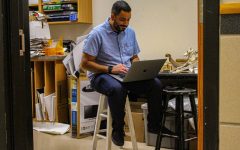 It’s just different aspects of how we might all be Hispanic but the traditions and beliefs can be very different,”

“I still ask my parents to share stories/recipes from when they lived on their ranch and took care of livestock,” he said. “When relatives would go visit Nicaragua one of my favorite things was receiving the toys that they would bring back, they were simple hand made wooden toys. I personally have never visited Nicaragua but have such a strong love/passion for the culture. I don’t take my parents’ sacrifice to leave Nicaragua and come to the U.S. lightly. I’ll forever be grateful for their commitment to our family.”

Rodriguez stands proud of his Nicaraguan heritage and hopes to emphasize the importance of acknowledging the individual aspects of each South American culture.

“I think it’s important to recognize that there’s a bunch of different countries in Central America, and that Central America is not just one big country,” Rodriguez said. “Mexico plays such a big role, but there are a bunch of different cultures, and Hispanic culture can vary so much within the different borders. Like Nicaraguan food is very different from Mexican food, and Costa Rican food might be similar to Nicaragua. So it’s just different aspects of how we might all be Hispanic but the traditions and beliefs can be very different.” 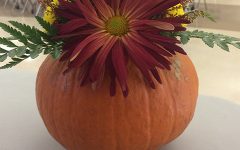 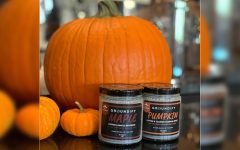 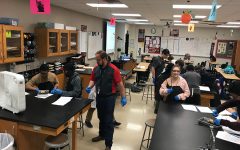 Nose in their books, American Studies dives into independent reading 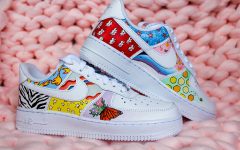 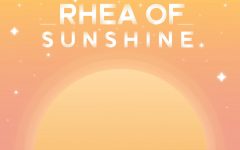 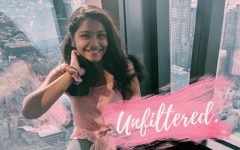 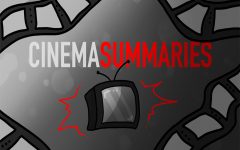 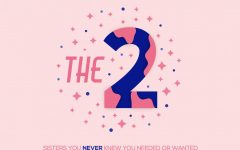