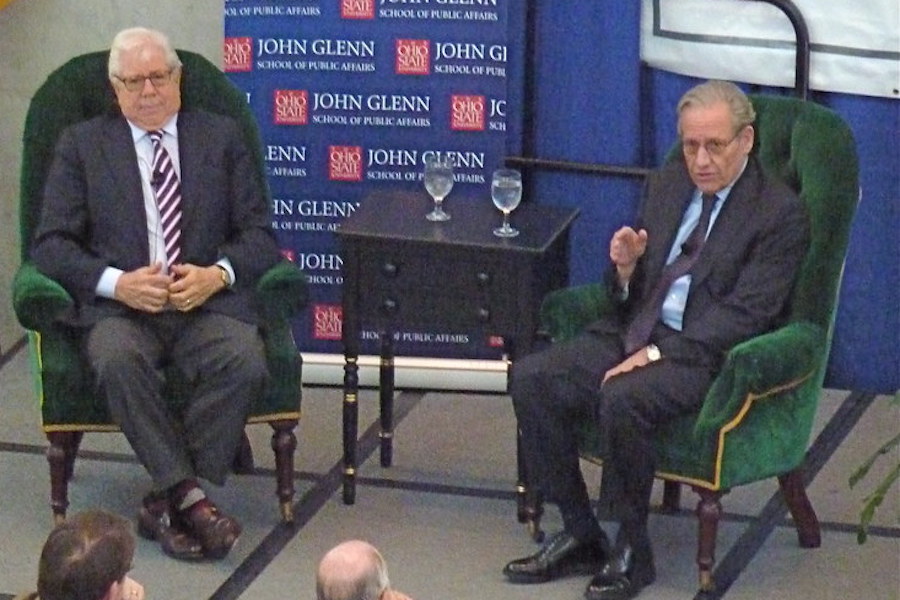 "In conversation with Bob Woodward and Carl Bernstein" by TMWeddle - the rusty mailbox guy is licensed under CC BY-NC-SA 2.0

The National Student Organization was exposed in the Ramparts magazine in 1967 for having money funneled to them by the CIA for festivals and other events. Massive amounts of propaganda was made using the average American student. This was blown open in 1977 when journalists Carl Bernstein and Bob Woodward exposed the Watergate scandal in 1974.

Operation Mockingbird was a covert U.S. government operation run by the CIA to implant pro-US propaganda in American media and front organizations. Starting in the 1950s, the CIA began to hire and contract students and people in the media to write false stories, or embellish stories to favor the U.S government.

In 1967, it was proven in Ramparts magazine that even the National Student Organization was being funneled money by the CIA for festivals and other events. Using phoney companies and mysterious benefactors, these collectives created massive amounts of propaganda, using the average American student.

It was blown open in 1977 when famed journalist Carl Bernstein, who also, with his partner Bob Woodward, exposed the Watergate scandal in 1974. In his 1977 piece, The CIA and the Media, Bernstein revealed that certain reporters not only were paid by the U.S government, they also engaged in more extensive relationships with the CIA, even sharing notebooks, and some were paid upwards of $500,000 for their work.

Some have alleged that these operations and front organizations still exist, despite little evidence. Still, it’s always beneficial to make sure your information is real.