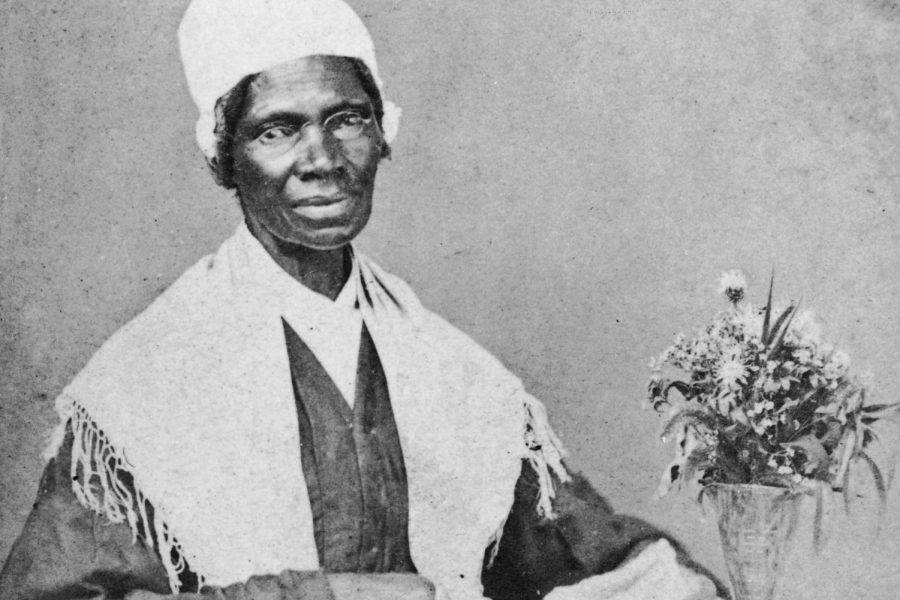 Born a slave in 1797, Sojourner Truth was an abolitionist, activist, and intersectional feminist.

Born enslaved in 1797, Sojourner Truth was an abolitionist, activist, and intersectional feminist.

Truth was bought and sold over four times throughout her childhood, before meeting another enslaved man with whom she had a relationship with at the age of 18. They had five children together. In 1827, Truth ran away from the plantation she was working at the time with her then-infant daughter. This was one year before New York law banned slavery. She ran away to a nearby abolitionist family, who helped her buy her freedom and reunite with her five-year-old son, who was trafficked into southern slavery years prior.

In the early 1830s, Truth moved to New York and became a preacher and minister, becoming known for her charismatic sermons. During this time, Truth met William Loyd Garrison and Fredrick Douglass, famous abolitionists. She adopted their ideologies and started preaching about the evils of slavery as well as women’s rights and gender inequality. In addition to her work with Garrison and Douglass, she worked with women’s rights leaders Elizabeth Cady Stanton and Susan B. Anthony.

Though Truth was never taught how to read or write because of the times she lived in, she broke through the existing barriers of racism and sexism to excel as a talented orator and public speaker who had an immeasurable impact on the abolition movement. Truth passed away in the late 1860s, in her home in Michigan.