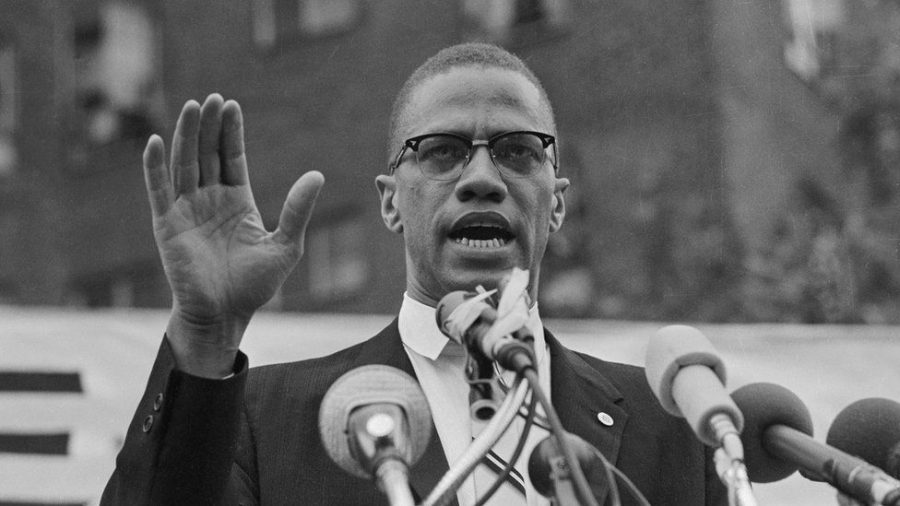 Born Malcolm Little in 1925, Malcolm X, also known as el-Hajj Malik el-Shabazz, was a Black Muslim minister and human rights activist, known for his efforts in the civil rights movement of the 60s.

Born Malcolm Little in  1925, Malcolm X, also known as el-Hajj Malik el-Shabazz, was a Black Muslim minister and human rights activist, known for his efforts in the civil rights movement of the 60s. His work in the Black liberation movement, his efforts to promote communism, and his dedication to Black empowerment have made him one of the most influential activists of the 20th century.

After a childhood spent in foster care, going in and out of juvie, in 1946, Malcolm X was sentenced to ten years in prison. While serving time he joined the Nation of Islam and became one of the biggest leaders of the organization after being released on parole in 1952. After being released, he started advocating for his more radical beliefs, in which he often criticized the emphasis on non-violence that came with the more mainstream civil rights movement. His ideologies revolved around re-connection to African heritage, and Black empowerment. His name, X, was in response to the fact that he had no knowledge of his ancestral African heritage.

A controversial figure, X was often surveilled by the FBI for his supposed links to communism as well as his speeches that were made on the behalf of the Nation of Islam. Known for his charismatic personality and his public speaking skills, he was a stark critic of American liberalism and often said that there was more to Black liberation than the right to vote, emphasizing the issues of Black identity and independence. His work helped change the terms used to refer to Black citizens, bringing the shift from politically incorrect terms to “Black” and “Afro-American.”

In 1965, Malcolm X founded the Organization of Afro-American Unity, a Muslim organization dedicated to promoting the interests of Black people all around the world, moving from civil rights to human rights. This was one of the last acts of advocacy he was able to carry out before his assassination in February of 1965 while lecturing at a university in Harlem.