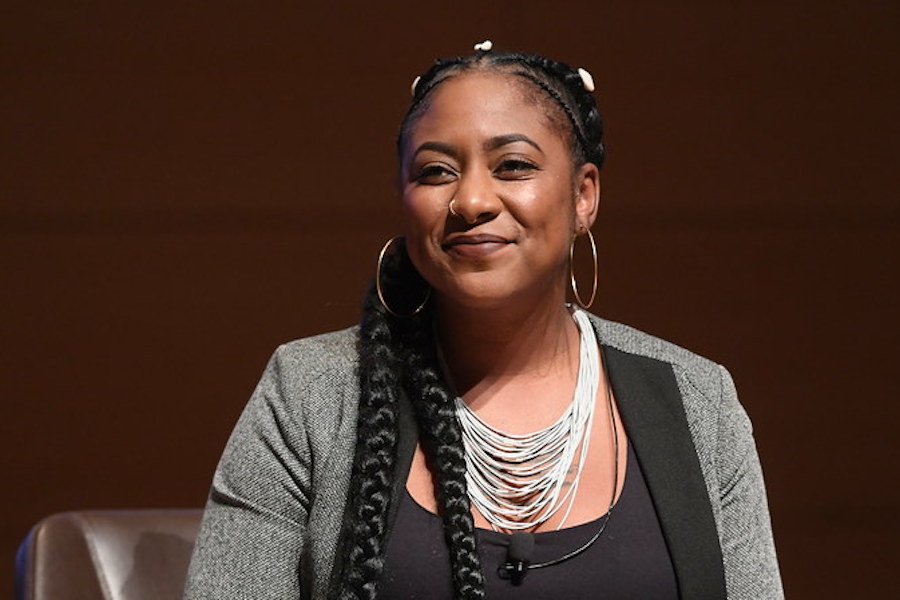 Alicia Garza is a queer social justice activist who co-founded the Black Lives Matter Global Network alongside Patrisse Cullors and Opal Tometi. Garza is also the principal of the Black Futures Lab.

Born on January 4, 1981, in Oakland, California, Alicia Garza is a queer social justice activist who co-founded the Black Lives Matter Global Network alongside Patrisse Cullors and Opal Tometi. Garza is also the principal of the Black Futures Lab. She grew up with her single mother and uncle before her mother got remarried.

Throughout her high school years, Garza was involved in local activism voicing the need for sex education on birth control. Following high school, Garza attended the University of California, San Diego. There, she wasted no time combatting issues as she joined an organization dedicated to fighting for higher pay for the janitors at UCSD. Garza also helped organize a university-wide Women of Color Conference in 2002. After her last semester in college in 2002, Garza obtained a Bachelor of Arts in anthropology and sociology.

In 2008, Garza married Malachi Garza, a fellow organizer and activist. Garza began her post-graduate life in 2009 as executive director for People Organized to Win Employment Rights/POWER in the Bay Area. With her success in that position, in 2011, Garza stepped up to Right to the City Alliance/RTTC as board chair.

After working with various organizations for several years, Garza co-founded the Black Lives Matter movement with Patrisse Cullors and Opal Tometi in 2013. After seven years, the movement remains prevalent across the country through protests and social media to raise awareness of racism towards Black people in America.

In 2018, Garza also developed the Black Futures Lab, which works with Black communities to mold them into powerful and responsible ones to build Black power across the country. With her position as the Strategy and Partnerships Director for the National Domestic Workers Alliance, Garza works to bring about equality in every aspect to domestic workers.

While Garza is far from being done, she received multiple honors with the work she has accomplished over the years. Some include the Jeanne Gauna Communicate Justice Award from the Centre of Media Justice, Fortune Magazine’s 2016 list of the World’s Greatest Leader, Community Change Agent at the 2016 Black entertainment Television’s Black GIrl Rock Awards, and 2016 Glamour Women of the Year Award.

Garza also released a book in 2020 called The Purpose of Power: How We Come Together When We Fall Apart.