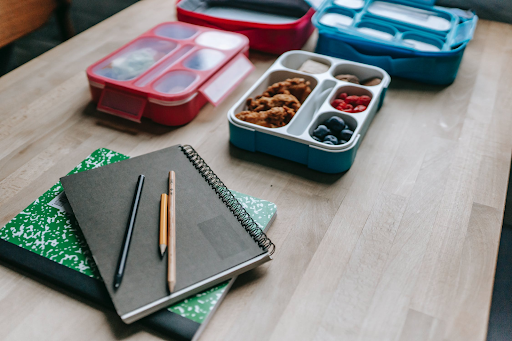 Vegan options should be implemented in schools

However outrageous it may seem to some, the future of school lunches should include vegan options. Inclusivity is something schools are constantly trying to improve upon. Topics such as religious holidays, cultural traditions, and marginalized communities have been in those conversations, but now dietary requirements need to be added to the list.

While the percentage of vegan school-aged children may be on the smaller side, that doesn’t mean they should go unnoticed. It can be debated that there aren’t enough individuals that apply in this situation to push the school boards to spend more money on providing these plant-based lunches. There could be children that require free meals from their schools, yet lack access to the food they can have. Even the vegetarian options at schools could be improved. Parents want to be sure that their children are being taken care of while they’re at school.

Any situation where there’s a vegan choice means someone has the opportunity to pick it. Students could be just as satisfied with vegan meals as the ones that include animal products. Even the small children that don’t quite comprehend why something is vegan or not, could choose one because they like the taste better. As of today, there’s no chance for more people to pick those vegan meals if they aren’t present in the lunch lines. Another facet of the argument would be from the environmental point of view.

A vegan diet can cut a person’s carbon emissions by half, thinking of the big picture and applying these to statistics to a large cafeteria, the carbon footprint of those establishments would be significantly cut. Long term, the more school cafeterias implement this, the less the global greenhouse gas emissions will be released.

Over half the colleges in the U.S. have vegan choices available for each meal. More start to join this number each year. In fact, PETA has even created a map of colleges across the U.S. rating them on their compatibility for vegans. If universities have figured out a way to include them, it shouldn’t be too difficult for other schools to follow suit. Vegan dining hall options lay out the roadmap for vegan school cafeteria options. After all, the kids are typically the picky ones and choose simpler meals so coming up with university level food was the hard part.

Adding vegan food options into school cafeterias would be of benefit to all parties. The school district would be contributing less to climate change, which may be a viable advertising tactic to bring in more funding. Non-vegan students or faculty would have access to certain foods they might not have in their own households. Veganism is on the rise and schools are going to have to match that sooner or later.