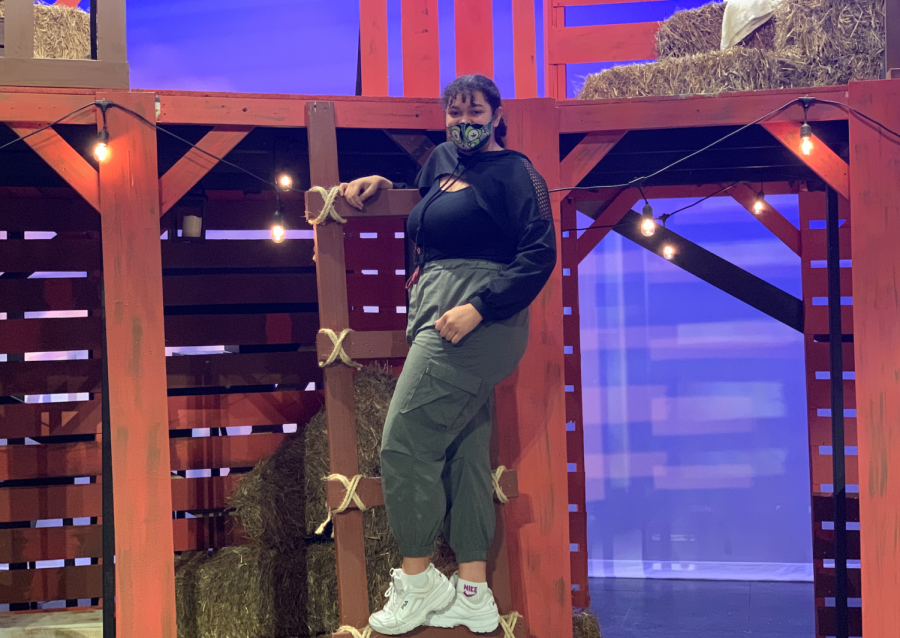 Theatre’s opening night for Bright Star, their fall musical, starts Thursday evening at 7pm. Tickets can be purchased at the doors of the auditorium. “I don’t want to give any spoilers but a lot of crazy stuff happens,” cast member Cierra Willis, pictured above, said.

Wingspan: What kind of things did you do at the beginning of your acting journey?

Willis: “My first show was actually Peter Pan [at my middle school]. It wasn’t that big of a role, but I really enjoyed the singing and dancing parts. I would say I am more of a musical theatre person rather than just regular stage acting.”

Wingspan: What sparked theatre as an interest for you?

Willis: “I think it all really started in elementary school when they had talent shows, and I thought it was fun. Then they had a musical opportunity in my middle school. I ended up being really interested in it and decided to take the first step and just audition.”

Wingspan: Who would you say is your biggest inspiration for the stage?

Willis: “I would have to say my first ever theatre teacher Ms. Wilson, the theatre teacher at Hendrick Middle School. She was a young and new teacher and she just really made theatre fun for me and made me want to keep on doing it.”

Wingspan: What is your favorite show that you’ve been in?

Willis: “Probably a one-act play I did for a UIL competition in eighth grade that I ended up getting an award for, After Juliet, and it’s based off of the events after Romeo and Juliet. I played a character named Valentin, and I got a medal for second best actor.”

Wingspan: You had mentioned you were new to the school this year, how is the theatre department on campus in comparison to your previous Plano campus?

Willis: “Each teacher I’ve had has been very different. Ms. Willingham focuses on different techniques and it’s cool to learn different perspectives of different theatre teachers because they have a new viewpoint on how theatre is supposed to be.”

Wingspan: Would you ever pursue theatre beyond high school?

Willis: “I don’t know if my skill is quite the level to pursue it as a job, but definitely for fun. I do feel like if I’m an adult and I’m in college I’d want to do college theatre for fun. I’ve heard there are a lot of opportunities for that.

Wingspan: How do you feel about your place in this year’s fall musical Bright Star?

Willis: “Pretty much like the second week of school was auditions, and we have been working ever since then. To see all of the cast in costumes and all of my fellow company members working hard to put the show on, I mean we are about to do opening night, it’s really exciting. I play [the character] Florence, she’s part of the ensemble, so lot’s of singing, as well as a couple of lines.”