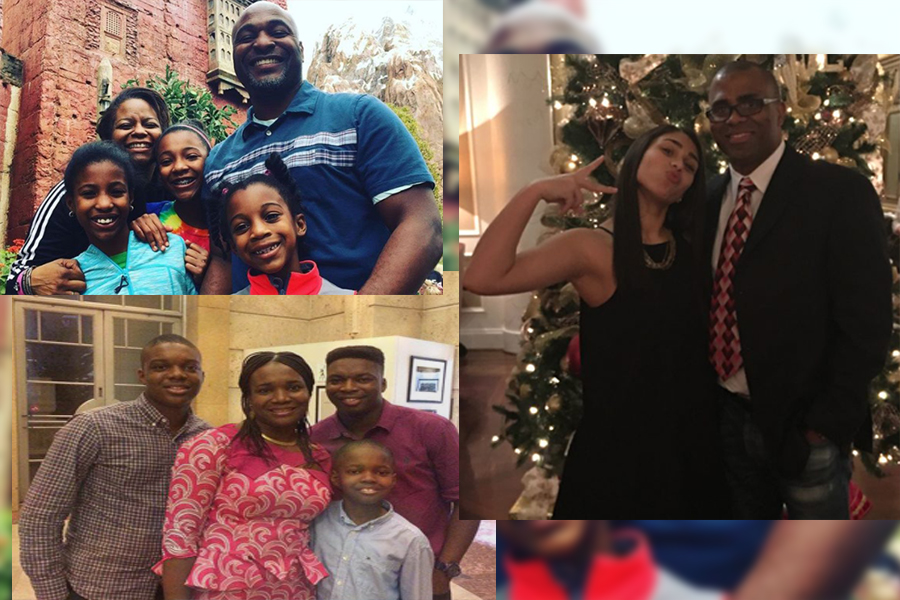 Faces of Frisco: Being black

February is Black History Month, a time when the accomplishments of significant blacks in American history are highlighted. But being black isn’t a black and white issue. Being one of the largest minority groups in the country, the black community takes up 13.3 percent of the U.S population.

Various shades, languages and ethnicities make up the multicultural African American community, consisting of people from across the globe. In this special report, Wingspan takes a look at what it’s like to be black in Frisco through the unique perspectives of three black students and their families. 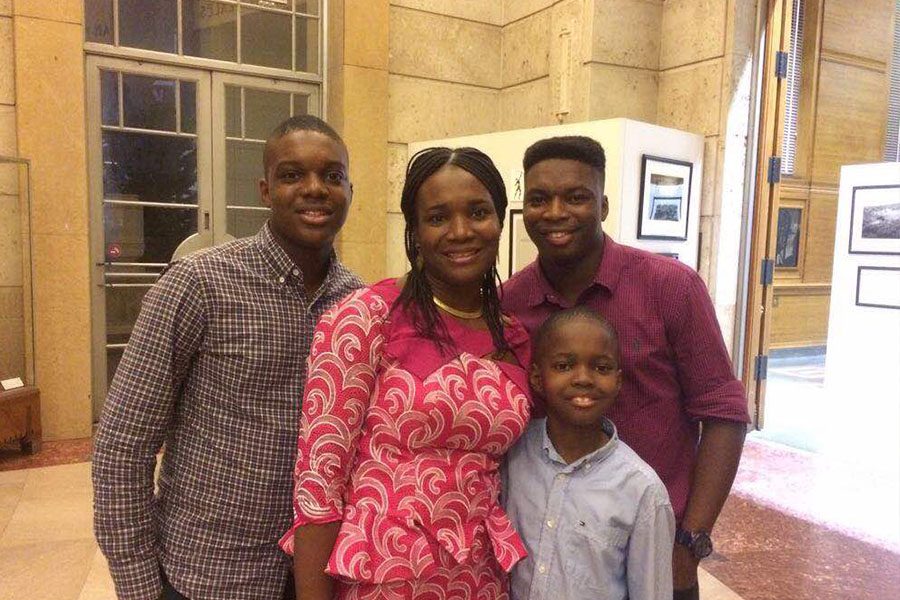 Benedict (left) pictured with his mother and two brothers.

When junior Benedict Oghoro moved to America from Nigeria in 2016, he became one of more than two million African immigrants in the States.

Nigeria’s population consists of more than 194 million inhabitants with 500 languages and hundreds of ethnic groups.

Although Oghoro is not from America, he is proud to celebrate Black History Month and feels he is a part of the African-American community.

Oghoro’s mother, Vera, also relates to African-Americans and feels that is because they share the same roots.

“I feel I am a part of the African-American community because it is easy to relate even though we have differences,” Vera said. “The roots are the same.”

When Oghoro moved to the North Texas area, he was introduced to the various racial stereotypes that came with being black in America.

“People assume you’re athletic, you can rap and sometimes they expect you to be loud and aggressive.” Oghoro said.

Oghoro not only experiences stereotypes in the U.S., but also cultural differences.

“The fashion sense is very different and there are languages that express cultures and bind people together back in Africa that are not here,” Oghoro said. “Interestingly, our true icons are the same in their dreams, beliefs and motivations; in Africa we all look up to Nelson Mandela as the ultimate role model, while in America, blacks look up to Dr. Martin Luther King Jr.”

Due to the fact that Nigeria and America differ in many aspects, Oghoro believes Black History Month is a time to learn more about what makes an African-American.

“As a Nigerian, [Black History Month] gives me the opportunity to learn about struggles that have made African-American culture different from mine,” Oghoro said. 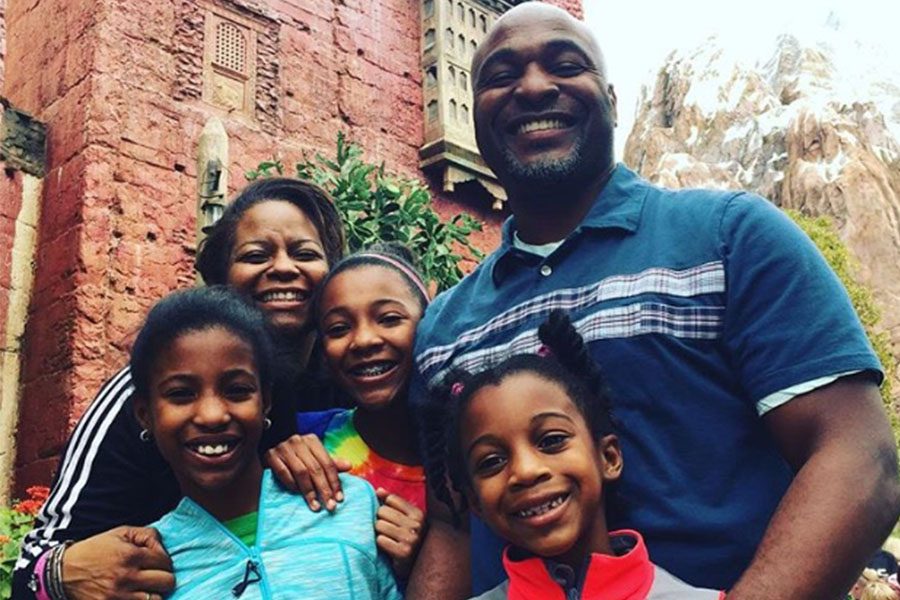 With a little more than nine thousand African-Americans in Frisco’s rising population of over 170 thousand people, freshman Zoe Junior thinks being black in North Texas is different than elsewhere.

“I would say it’s more difficult to be unabashedly black [in Frisco] than it is in Chicago or Downtown Dallas because that’s what you see a lot of,” Junior said.

Even in 2018, Junior experiences numerous stereotypes because of her race.

“There are a lot of stereotypes with being black,” Junior said. “I’m supposed to like watermelon, Kool-Aid and fried chicken.”

Black Americans are not only subjected to stereotypes concerning preferences, but also how they act and their character in general

“People say there’s ‘white-black,’ but you’re just more educated and civilized than other people,” Junior said. “You carry yourself well, you respect yourself and you respect others.”

In addition to being subjected to comments about what she is supposed to like food-wise and how she is suppose to act, Junior has also experienced discrimination.

“On soccer teams I have been discriminated against because I was the only black one,” Junior said. “There were cliques, so I usually didn’t talk to anyone and the only time we interacted was on the soccer field.”

Junior was taught by her father, Henry Junior, that discrimination and racial profiling are real and to be conscious of it through advice he has given her growing up.

“Be aware that racial profiling does exist and that it is important that [she is] aware of [her] surroundings,” Henry said. “Because [she is] black, [she]  will be judged more harshly than others. Despite how much success that [she achieves], the playing field will never be equal.”

Although there is still inequality for black people, Junior believes America has come a long way since the era of segregation throughout the 1900’s.

“Back then, if you saw a black woman standing on the street, you used to think she was dangerous,” Junior said. “Now we’re not seen as that anymore.”

For Junior, February is a time to honor the change that has occurred to get to where America is today.

“Black History Month is celebrating where we are today, how we got there, what we had to do and what we had to accomplish to be here,” Junior said. “I’m thankful and it’s a blessing to be able to do what we can do today.” 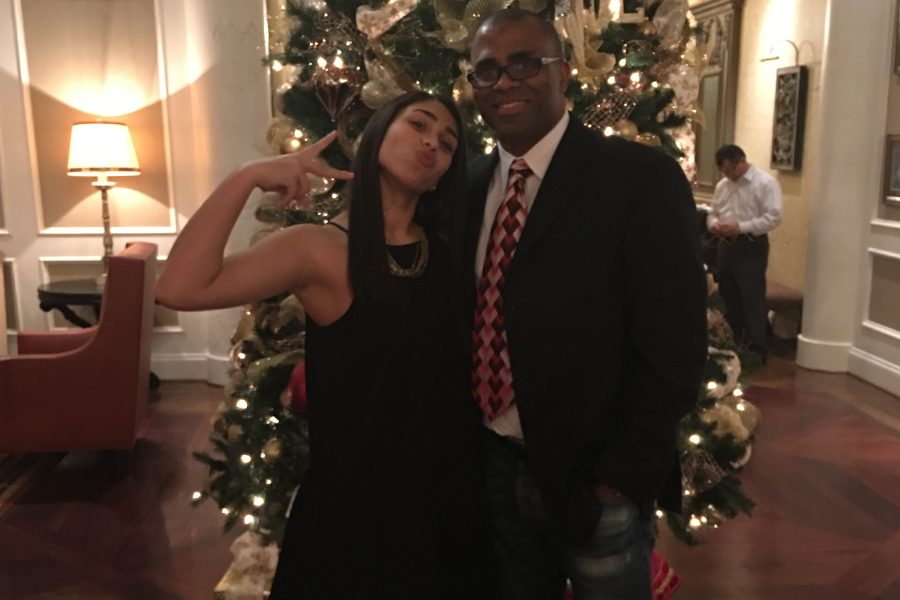 About 6.9 percent of Americans today describe themselves as being of  two or more races. Junior Kierra Lewis is part of this growing and diverse demographic.

With a white mom and black dad, Lewis identifies as both white and African-American.

“I don’t consider myself less black or less white than those who have both parents of the same race,” Lewis said. “My mom has raised me to think that no matter who my parents are, I am who I am.”

Living in a society known for racial profiling, Lewis’ mother, Heidi Stevens, has concerns for her child as she grows up.

“The prejudices against [her] and the fact that [she] has to prove herself more than maybe others have to is scary to think about,” Stevens said. “Along with the fears that come with having different colored skin.”

Even in the town that she grew up in, Lewis feels the pressure and uneasiness of those around her because of her skin color.

“A lot of times, if I walk into a store or a place to eat with a group of my black friends, people get nervous and look at us to make sure we’re not stealing anything,” Lewis said.

“[We] always got looks and comments,” Stevens said. “Twenty years ago, we got more looks than what we would get now.”

However, according to Lewis’ father, Gerald, others’ opinions shouldn’t be taken at a personal level, especially without truly knowing what they think or believe.

“Backlash comes from people who are at the end of the family tree and the most ignorant,” Gerald said. “”You can’t assume what people are thinking when they look at you in public.”

According to Lewis, Black History Month is a time to look back in remembrance and celebrate her heritage.

“Black history means a lot to my family because we come from a background of slavery,” Lewis said. “We get to celebrate who we are.”

For Gerald, February is a time to highlight the positive aspects of African Americans and their contribution to American history.

“It’s a great opportunity to bring to the forefront some of the amazing things black people have done in this country,” Gerald said. ”It’s a much needed break from the negative image being perpetrated by people who promote fear.” 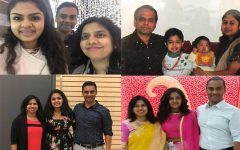 Faces of Frisco: Being South Asian 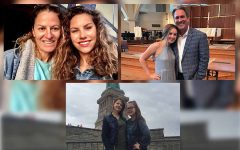 Faces of Frisco: Being European 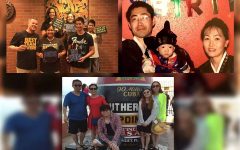 Faces of Frisco: Being East and Southeast Asian 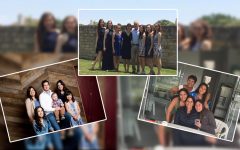 Faces of Frisco: Being Latino 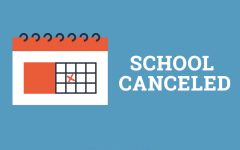 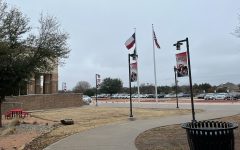 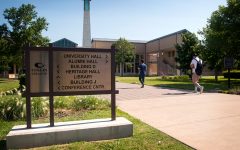 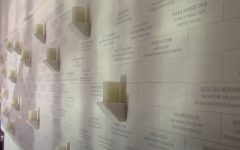 Redhawks reflect and remember the Holocaust 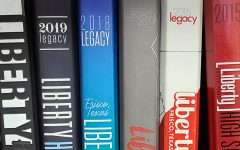 Last chance to purchase the yearbook is Friday