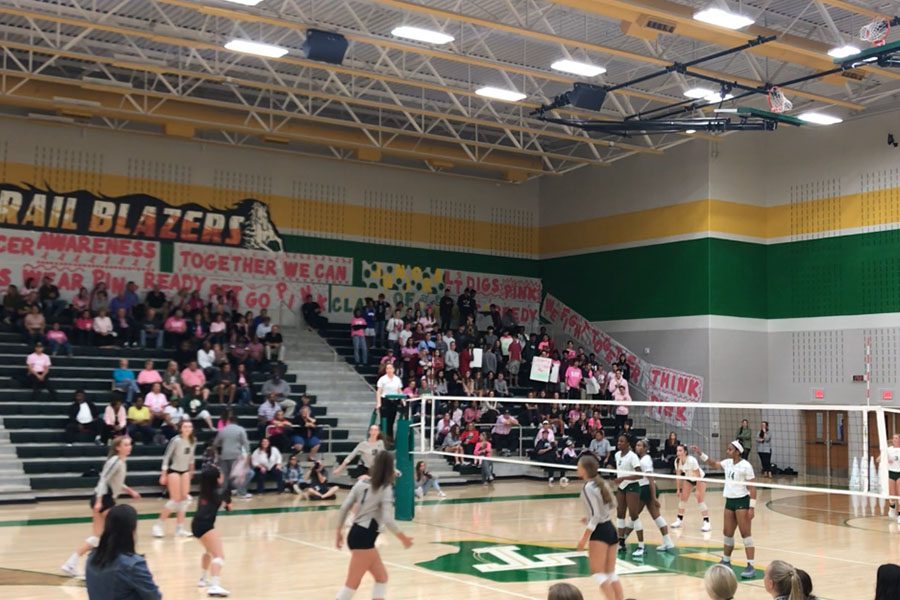 In 2018, the Redhawks faced off the Trail Blazers, in a showdown that began the rivalry. In their match Friday, the two teams are facing off to defend their undefeated positions.

Battle of the unbeatens

Entering Friday’s game at Lebanon Trail, both the Redhawks and the Trail Blazers are unbeaten in District 9-5A with 8-0 records. In 2018, the district championship was a race between the same two schools with Redhawks claiming the title. Wingspan caught up with one of the best players on each team for a Q&A about Friday’s game.

Wingspan: How do you feel about the season so far ?

Wingspan: What are your thoughts on the upcoming game Friday ?

Wenaas: I think it’s going to be a really good game because lebanon trail is a good team, with a   lot of good hitters and a lot of good blockers, so I think it’ll be a good challenge

Wingspan: What will this game mean for the rest of your season?

Wenaas: I will set the tone for the second round of districts and play offs, and I think it will just give us confidence if we come out with a win.

Wingspan: How has the first round if district built up to this game?

Wenaas: Were both undefeated so it will kind of just say who the real top team in district is.

Wingspan: What preparation has gone into this big game?

Wenaas: We’ve been working really hard and focusing on practice, on how to accommodate for their big hitters, and big blockers, and I think we’re all just super excited to play this super tough game.

Wingspan: What have you done to prepare ?

Wenaas: Personally I’m just getting excited, and getting my team excited and ready to go, and confident in order to be ready and play to our full potential

Wingspan: What effect has the hype for this game had on your team ?

Wingspan: How do you feel about the season so far?

Williams: I feel great about the season so far, it seems like everyday we’ve improved.

Wingspan: What are your thoughts on the upcoming game Friday ?

Williams: I’m really excited to play Liberty. I feel like this will be a very competitive game that could go either way.

Wingspan: What will this game mean for the rest of your season?

Williams: It will get us ready for the second round of district.

Wingspan: How has the first round if district built up to this game ?

Williams: We played a lot of good teams that helped us physically prepare for the game. Every game before this was preparation for our match against Liberty.

Wingspan: What preparation has gone into this big game ?

Williams: We have been doing a lot of scrimmages during practice in order to prepare for a possible five set match.

Wingspan: What have you done to personally prepare ?

Williams: Personally I have been trying to block out the hype that has been surrounding the game in order to focus on playing.

Wingspan: What effect has the hype for this game had on your team ?

Williams: The hype around the game hasn’t really affected our team much, we’ve learned to block out the hype surrounding big games.