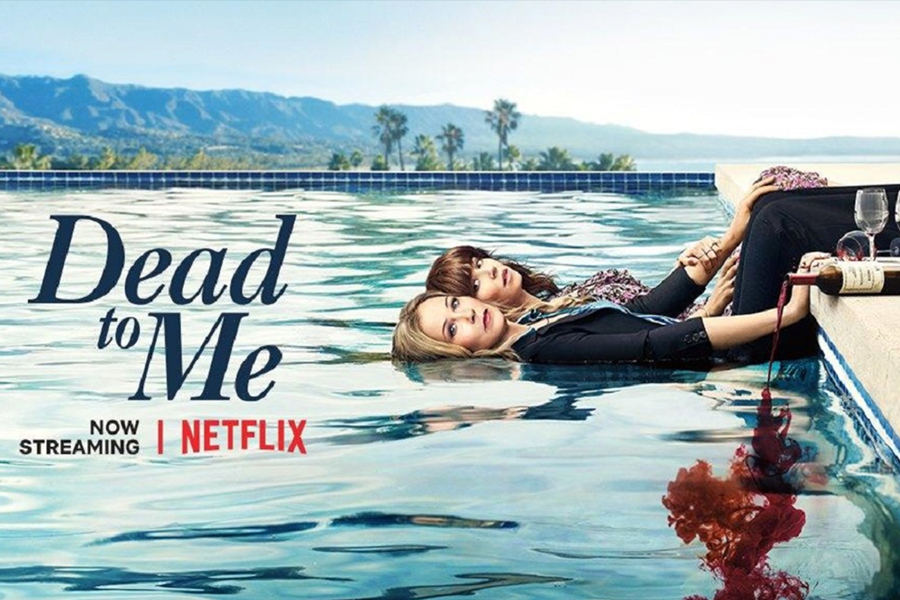 I have always enjoyed putting on a good movie more than watching tv shows. However, in these moments where I feel I have absolutely nothing but free time on my hands, I decided to try this show I saw was trending in the “Top 10” category on Netflix.

Dead To Me is a Netflix original series that showcases the life of grieving woman, Jen, after a hit and run accident leaving her husband dead. Throughout the show, she works towards solving the case of who was in the car on the night that she found herself widowed. In doing so, she meets an unlikely friend, Judy, who becomes her tight knit, partner in crime.

This show stars Christina Applegate, who plays Jen Harding in the show, along with co-star Linda Cardellini, who plays Judy Hale. Dead To Me currently has two seasons and twenty episodes in total, and they have set up the ending perfectly to keep everyone hooked for season three. It has a rating of 8.1 out of 10 on IMDb, and a 91% rating on Rotten Tomatoes.

From death, to crimes, to an unsolved manslaughter case, this show leaves you on the edge of your seat from the beginning of the first episode, all the way to the end of season two.

After binging the show, and rewatching some episodes with my mom (who I convinced to watch the show as well), I am anxiously awaiting the arrival of season three, even though I know it won’t be for quite some time. However, at least for now, I can suggest this show for you to enjoy as much as I have.