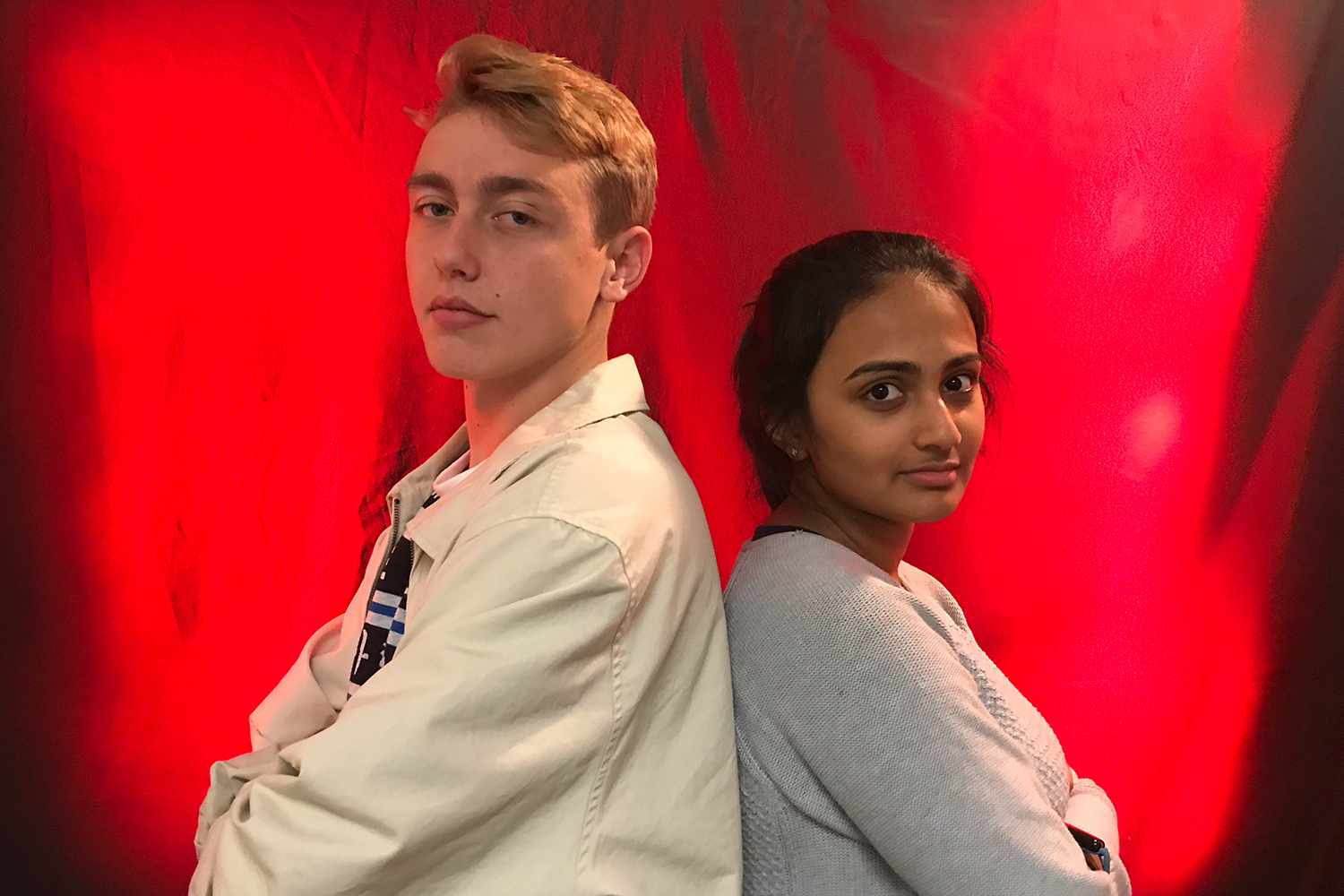 Having a hand in the development of dozens upon dozens of Marvel characters, Stan Lee left a lasting legacy on pop culture. But not everybody agrees on which superhero is best. That’s the case with Sports Editor Aaron Boehmer and Assignment Editor Dea-Mallika Divi who turn their backs on each other in the attempt to prove whose opinion is right. (Melody Tavallaee)

Having a hand in the development of dozens upon dozens of Marvel characters, Stan Lee left a lasting legacy on pop culture. But not everybody agrees on which superhero is best. That’s the case with Sports Editor Aaron Boehmer and Assignment Editor Dea-Mallika Divi who turn their backs on each other in the attempt to prove whose opinion is right.

Debating the creations of Stan Lee

The passing of Stan Lee has countless Marvel fans across the country lamenting their loss including Assignment Editor Dea-Mallika Divi and Sports Editors Aaron Boehmer who debate which of Lee’s superheroes is the best.

It goes without saying that despite the passing of the great Stan Lee yesterday, his genius will live on through the inspiring fictional stories of comic book superheroes.

This is especially true for Black Panther, a movie which provides a narrative on systematic issues and has given a sense of racial representation that the franchise previously lacked.

The character of Black Panther, or King T’Challa, inherits the throne of Wakanda— a land of riches and technological advancements through their supply of vibranium, the strongest metal in the world.

With the crown, he received exceptional powers of super-strength, agility, speed, and heightened senses from the Heart-Shaped Herb; a Wakandan plant that connects the host with the spirits of past Black Panthers, as well as the Panther god Bast; a historical allusion that refers to the Ancient Egyptian god of the same name.

This spiritual connection, along with a suit of full vibranium and the powers he receives from the plant crowns the king as the best superhero in the entire Marvel Universe.

Although it isn’t powers alone that cause a superhero to be the best in the universe, as the message presented and what the hero symbolizes is just as important.

For Black Panther, although he is not the first, he has become the most well-known and high-profile black superhero, which has provided immense representation within Hollywood for not only black people, but all minorities.

Even though I cannot vouch for minority groups, I am one to acknowledge my own privilege as a white male in America. It is evident that the majority of Marvel superheroes are white, and now that there is a person of color within that realm, it speaks volumes on the possibilities of society turning in a more progressive and inclusive future for all.

Although Stan Lee passed away Monday his legacy will be remembered for generations to come. Lee created many iconic superhero characters like Spider-Man, the Hulk, Doctor Strange, the Fantastic Four, Daredevil, Black Panther, the X-Men. Doctor Stephen Vincent Strange was introduced to the Marvel fans on July 1963 through the Strange Tales #110.

Doctor Strange tells the story of a selfish surgeon who gets into a horrific accident causing him to lose the use of his hands. He experiments with various forms of modern technology and physical therapy but fails to fix his hands. Desperate to regain his hands he seeks for a cure through nontraditional means.

While traveling in Nepal, Strange runs into robbers but is saved by a powerful sorcerer, Mordo. Mordo takes Strange to meet his teacher Earth’s Sorcerer Supreme, the Ancient One in hopes of fixing his hands. At first, the Ancient One refuses to heal Strange until he broadens his mind and lets go of the selfishness he still harbors in his heart. Desperate for help Strange listens to the Ancient One. Once Strange is the Ancient One’s pupil, he gains incredible magical abilities that enable him to conjure a wide range of spells. The mastery of these spells allows him to trap opponents and shield himself from attacks. Strange is also skilled at removing his soul/consciousness from his body without those around him realizing. He has the ability to alter time around objects, locations or other beings.

The abundance of skills Doctor Strange possesses is one of many reasons he is the best character created by the late Stan Lee. The story of Doctor Strange shows the progression of a self-centered individual into one who devotes his life to the safety of humanity. The story teaches the viewers many life lessons like not to fear failure but to embrace it instead because it will help us realize something we forget about our own lives: it’s not about you.

While other storylines within the Marvel universe include magic, none of them perfectly display the complex relationship between the magical and the physical world like Doctor Strange does.